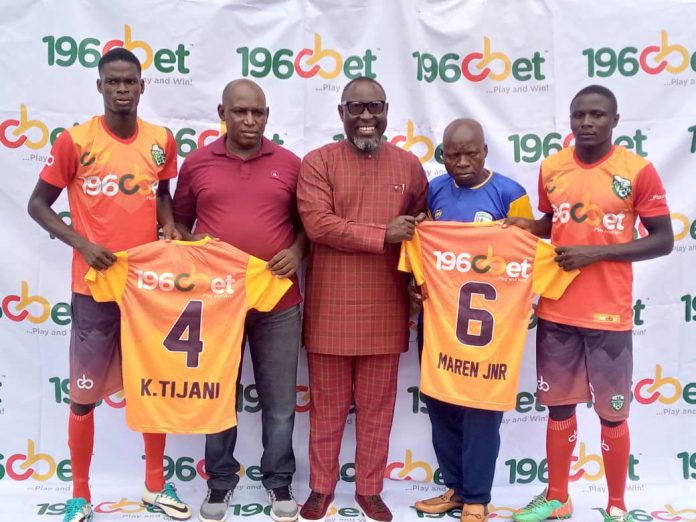 Nigeria’s largest sports betting firm 1960Bet have reached an agreement with Y.G football club to partner with the Lagos based outfit toady at the Agege Township Stadium, Lagos.

The patnership will see 1960bet become the official kit sponsor of the defending Champion of the Ikeja Divisional Football League ahead of Eko football league season, with the second stanza of the ongoing divisional league.

Director of1960bet, Oluwatosin Ayoola, stated that the deal is to show support for sports development in the country basically on grassroot sports with the promotion of positive productive engagement for Nigeria youth across the crannes of this nation.

He further disclosed that over the years 1960bet as dish out provision of quality services to valubale sports community. With the wealth experience that has been emassed over the years with foremost reputable sports betting company in Nigeria we ensure and continue to such users friendly varieties raging from virtual to all sporting game.

The sporting bet company is aim to provide long term partnership on players development for the club with playing kit, to the teams and will have the exclusive right to distribute dual-branded merchandising for the club.

Ayoola, expressed delights on the kit partnership deal with the club, and noted that his firm are read to give quality services to Y.G football club.

“We’re happy for the honour to become the kit sponsor of Y.G football club, our passion is to kit teams and we desires a fruitful relationship with the State of Osun in years to come.” Elijah Oluusegun Adejare (Head of legal & Compliance 1960bet).

However, Club President of Y.G football club, Yusuf Garba who spoke about the gains of the partnership in Lagos, today described it as fruitful and satisfying.,

“It’s another feather in the cap for the club, and as come to stay”.

“The synergy between the 1960bet and his club Y.G football club will yield some positives in the area of clubs’ branding, image making and mileage to the sporting world.”