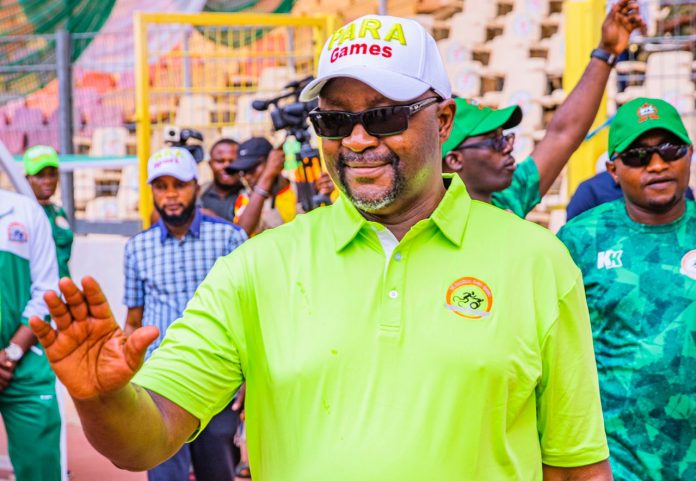 In what would represent another landmark achievement to his administration, Nigeria’s Minister of Youth and Sports Development, Hon. Sunday Dare, on Saturday declared Nigeria’s first ever National Para-Sports Games open at the Moshood Abiola National Stadium, Abuja.

While declaring the Games open, the Minister stated that Para Sports has contributed in no small measure in bringing glory to Nigeria, both at the Olympics and Commonwealth Games over the years and thus, para sports deserve utmost recognition.

“From the 1992 Paralympic Games in Barcelona, Para Sports have given Nigeria 36 gold medals, 18 silver medals and 16 bronze medals and these medals are just as valuable as medals from the traditional Olympic Games itself, and this is corroborated by Engr. Habu Gumel, President of the Nigerian Olympic Committe (N.O.C)”.

Dare added “we must celebrate the glory Para Sports has given to Nigeria and also create a system where we can usher in the next generation of talents into the mainstream”.

The Minister said adequate preparations will be given to all athletes who would represent Nigeria at the Commonwealth Games in Birmingham later in the year, with para athletes well-covered, also.

Present at the Opening Ceremony of the games were the Minister of Women’s Affairs, Dame Pauline Tallen, Permanent Secretary of the Ministry of Youth and Sports Development, Alh. Abubakar Ismaila, Chief of Army Staff, Lieut. Gen. Faruk Yahaya (rep), top Government functionaries and captains of industry from various walks of life.