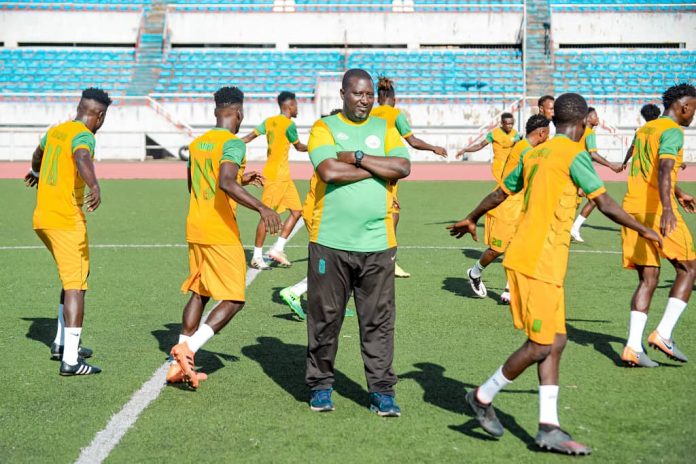 Gateway United chief coach Hakeem Busari has expressed utmost confidence in the ability of his side to “make history” in this year’s Aiteo Cup.

He stated this after the routine warm up of his team at the Nnamdi Azikiwe Stadium, Enugu, venue of tomorrow’s round of 16 clash against Wikki Tourists at 3pm.

It would be recalled that Gateway United’s best run in the prestigious tournament was a quarter-final finish achieved in 2014. The team defeated Kano Pillars 1-0 in round of 16 played in Lokoja, only to be stopped by Prime FC now Osun United in the quarter final in Kaduna. However, Coach Busari says his players are determined to surpass that this time.

“We will keep taking it one step after the other, but our aspiration is on surpassing expectations and making our fans and the good people of Ogun State prouder of this impressive run. We are aware of the task ahead, Wikki was defeated on this ground on Sunday by Rangers, so somehow they are more familiar with the turf than us as it were, but that’s inconsequential. We will give it our best shot like we always do”

“Being an NPFL side already makes them favourites, and us, underdogs. Well, we leaving no stone unturned in our preparation. Therefore, when we file out against them tomorrow, it’s with the best mentality. We definitely want to write history with this season’s edition and make it our best finish, bettering the last 8 finish in 2014. I will repeat this again; I will rather want our result speak for us tomorrow, he concluded.