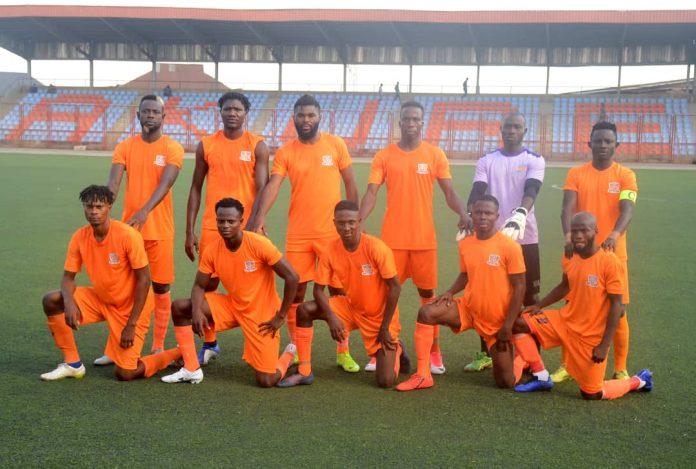 Players of Nigeria Professional Football League side, Sunshine Stars, are planning on dragging the club to court over unpaid wages.

It was earlier reported that despite winning their last league game to secure safety in the top-flight, the club was hit with a mass exodus of players following the state government’s inability to pay salaries and match bonuses of the players.

According to information made available to our correspondent, the players were owed eight months salaries and 20 months unpaid match allowances.

Ondo State Govenor, Rotimi Akeredolu, sacked the Ondo State Football Agency led by Tajudeen Akinyemi – which managed the club – in March, replacing them with a three-man committee headed by the Deputy Governor, Lucky Aiyedatiwa to reposition the club.

A Sunshine player, who spoke on the condition of anonymity on Tuesday, confirmed that the players are now planning on dragging the club to court.

He said, “It is true that we (players) are dragging the club to court and this will be happening any moment from now, because we are already working on it and you never can tell how soon it will be.

“We just hope we get justice because they’ve been promising us that they will pay us the arrears anytime they pay our current salaries but they have not been doing that and that is a breach of agreement.

“For instance, I am being owed about N600,000 match bonus that I have not been paid but we hope they will listen to us. Even before our last game of the season the Deputy Governor promised to triple that particular game’s match bonus and we are yet to receive it.”

Reacting to the issue, the Press Secretary to the Deputy Governor, Kenneth Odusola-Stevenson, said the state government is doing everything to ensure that the players are comfortable.

“You will recall that the club was almost going on relegation, but through the help of the Governor who saw it wise to put committee headed by the Deputy Governor together, they were able to motivate those players and they escaped relegation.

“Now that they are not relegated the onus is on the owners of the club and investors to ensure that whatever is being owed is paid and whatever is needed to motivate them to go further and have a preseason to ensure they are ready for the new season,” Odusola-Stevenson said.