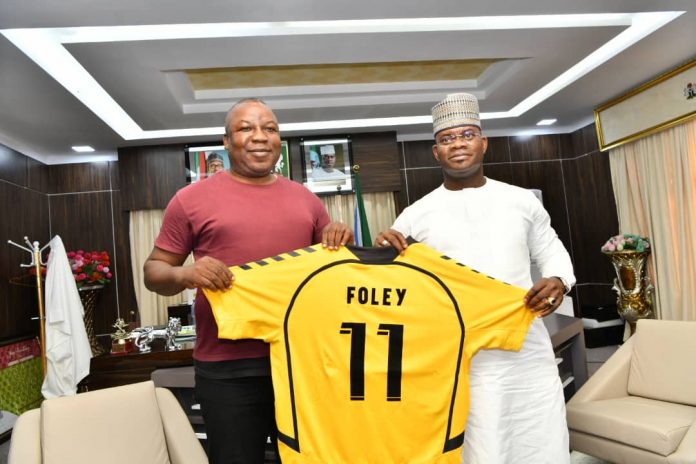 The Unveiling ceremony was done at the Government House in Lokoja where the Executive Governor urged Coach Folabi Ojekunle to excel in his new role and make the state proud.

Governor Bello also explained that he was impressed with Folabi Ojekunle’s CV as he enjoined him to make his experience count on the pitch for the development of Kogi United.

Equally, the Chairman of Kogi United Alhaji Abdulmalik Issah expressed satisfaction over the decision to hire Folabi Ojekunle as new coach and he is positive that the team would excel under him.

Speaking to Media after being unveiled as new Kogi United gaffer, Folabi Ojekunle disclosed that he is ready to take the Lokoja based side to greater heights.

“I want to thank Governor Bello, the CSO and my Chairman Alhaji Issah for the trust they have in me and I want to promise that I won’t disappoint,” Folabi Ojekunle Foley explained.

Meanwhile, Kogi United are in the market looking for National League slot following their relegation last season to the Amateur division under former coach Abdulrahman.