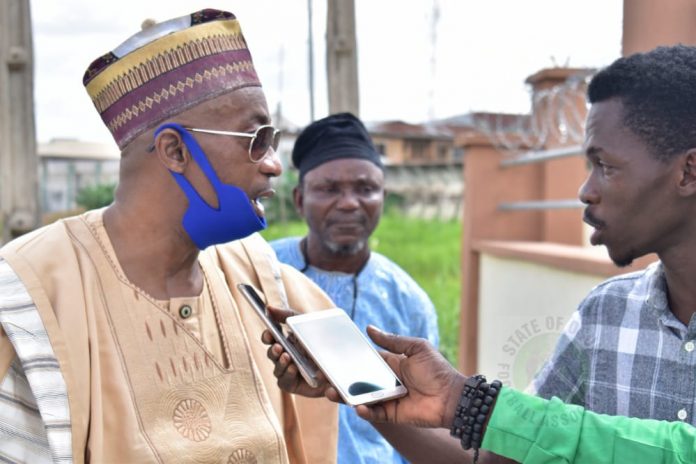 The second stanza of the ongoing Osun Apex League finally kicks off on Wednesday after a mandatory mid-season break.

Thirty six numbers of games were played in first stanza and over 100 goals scored. The first stanza which is laced with several talking points had Hammola FC and Fehinty FC topping in their respective groups.

Significantly, the tourney is so blessed and hots up with prolific frontmen, four players across four teams are having their eyes set on the top scorer’s award. The said players are tied on 4 goals each.

Arising from the stakeholders meeting to review the happenings in the first round, Osun FA supremo lauded the participating teams and want more sportsmanship spirit to be sustained.

“The league is living to its hype, we are well pleased with the happenings surrounding the contest week in week out.

“We still want the participating teams to keep respecting the rule book, I want everyone to keep showing sportsmanship spirit at all time. We should follow right channels to lodge our complaints and never to take laws into our hands.

“Any teams found guilty or trying to bring the game into disrepute will not be spared. Each team should go back and orientate its component, we should all be proud of what we are doing at this stage because hard work will be rewarded at the end of the season,” Elder Adelowo Adewumi who stood in for Otunba Rasaq lshola Mustapha concluded.

Osun Apex League is packaged and financed by Osun FA under the distinguished sports financier Alhaji Rasaq lshola Mustapha RIM. The Grand Prize of 120, 000 and 100, 000 have been earmarked for the eventual winner and runner’s up. There are countless exciting gifts also for participating teams and individual awards are also in the offing. The second stanza will kick start again by Wednesday, 20th October 2021.

AUD AS Vs Hadji Hammed 3pm