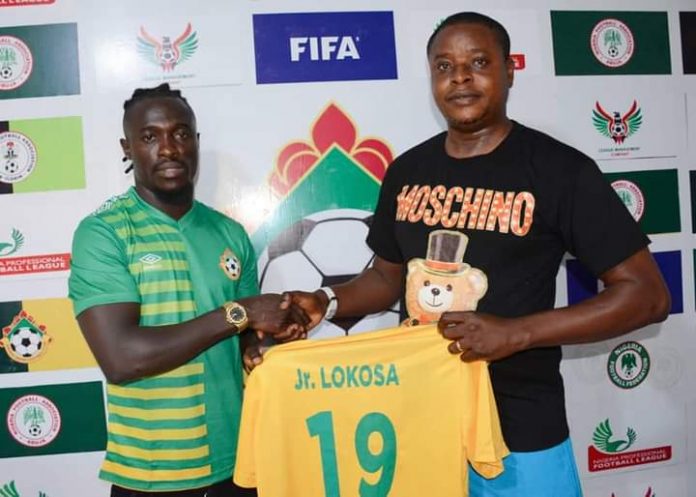 The former Kano Pillars striker joined the Harmony boys after a successful spell abroad where he played against the best in the continent.

Junior Lokosa is not a new face as far as the Nigerian League is concerned considering his incredible goal-scoring performances years back and his experience in the game so far.

Lokosa started his career in 2013 at First Bank where he netted 92 goals in 128 games before joining Kano Pillars in 2018 where he scored 26 goals in 35 appearances. The former CHAN Eagles striker in the 2019–2020 season went to Tunisia ES Tunis where he score 6 goals in 11 appearances

And while in Kano, Junior Lokosa became king of goals as he finished as highest goal-Scorer with 19 goals before moving to Tunisia.

He is expected to face serious competition at Kwara United from another striker, Samad Kadiri, who joined from Enyimba and also