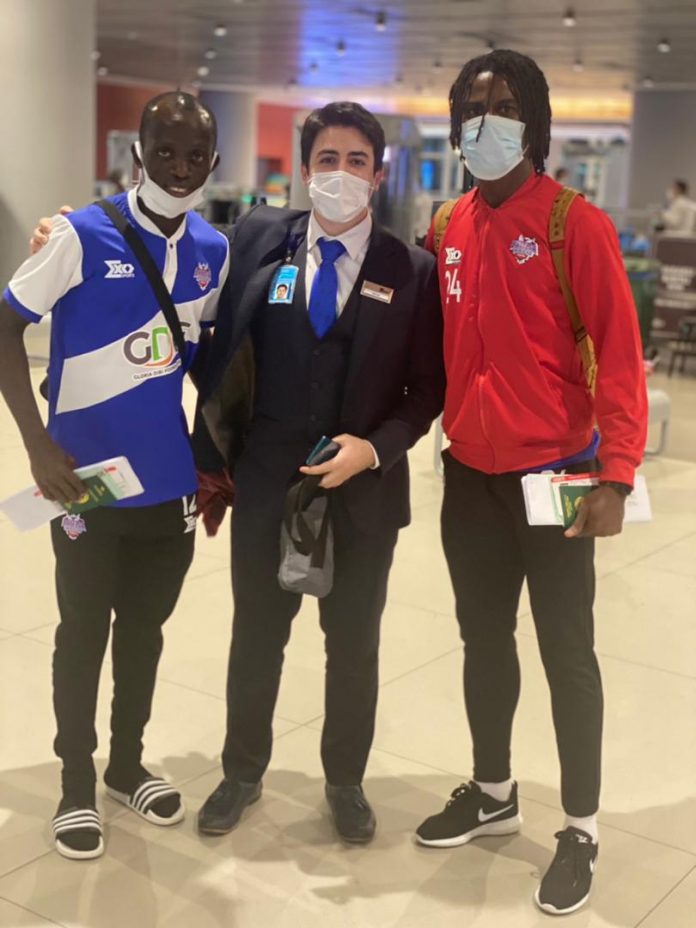 Players and Officials of Aiteo Cup Champions Bayelsa United have departed the Murtala Muhammed International Airport, Lagos for Tunis ahead of the second leg, second preliminary game of the CAF Confederation Cup.

The delegation led by the chairman of the club, Ebiki Timitimi left Yenagoa on Wednesday to Tunisia via Turkish Airlines after their arrival in Nigeria’s commercial nerve centre.

The Prosperity Boys take a one zero advantage into the second leg billed for the Stade Taïeb Mhiri Sfax,Tunisia on Saturday evening having dumped Guinean side As Ashanti Golden Boys in the first preliminary round.

The Yenagoa based club reached the semi finals of the CAF Champions in 2009 as well as the CAF Confederation Cup in 2014 where they lost to Sewe Sports of Ivory Coast at the Sapele Township Stadium, Delta State.