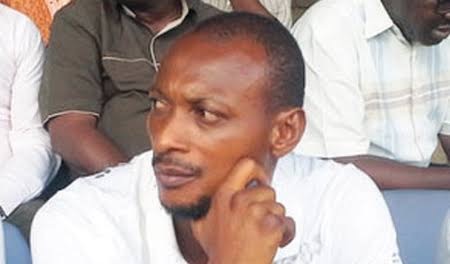 As Shooting Stars put behind their shocking 3-2 loss to Niger Tornadoes in the NNL Super 8 final in Enugu, the team’s assistant coach, Kabiru Alausa, has told fans of the club that the team will come out smoking on Saturday.

The Oluyole Warriors and Ikon Allah Boys go head-to-head at the FC Ebedei Stadium in one of the premium star games of the Ogunjobi Gold Cup pre-season tournament.

Alausa, while speaking aftet Shooting Stars to got their first victory at the Ogunjobi Gold Cup from the dugout was full of delight after his lads came from behind to subdue FC Ebedei 3-1 on Matchday One.

“It was a good win and wasn’t an easy game against FC Ebedei, kudos to my players for showing class despite the fatigue.

“Tough one shuttling from one pre-season tournament to another, however, it’s good for the team and the coaches to ascertain the quality of the squad they have going into the season.”

About the game against Tornadoes, the Nigerian Professional Football League(NPFL) legend and former highest goal hunter said the game was not different from the ones we have played before now.

“It is a game we want to win to boost the confidence level of the squad. We’ll come out smoking as the players will put in all the energy they have against Tornadoes.

Shooting Stars and Tornadoes are joint leaders in Group B with 3points but the Edith Agoye tutored Oluyole Warriors are top on the log with superior goals for, of three while the Ikon Allah Boys have two.