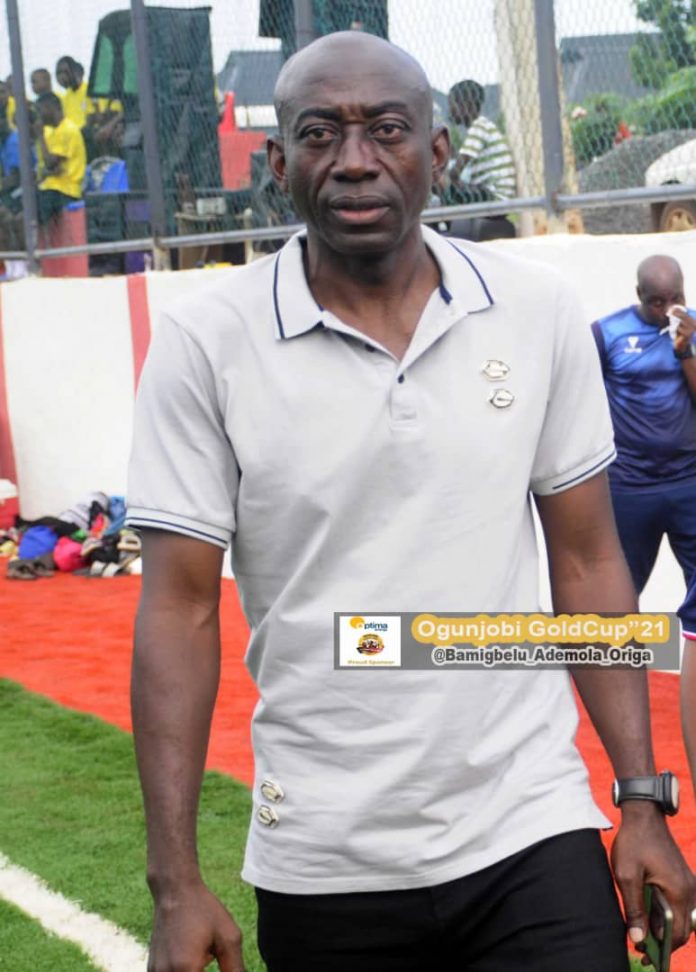 Coach Bala Abubakar says his Ikon Allah side is not wary of Shooting Stars when they lock horns on Matchday 2 of the Ogunjobi Gold Cup at the FC Ebedei Stadium on Saturday.

Recall Tornadoes were classic when they beat the Oluyole Warriors at the Nigerian National League(NNL) Super 8 play-off final to emerge champions of the country’s second division league.

Bala whose Tornadoes needed two second half goals to go past Beyond Limits said ahead one of the high profile games of the prestigious pre-season tourney in Nigeria, “I except a game full of fireworks.

“3SC would want to come out strong with a view of avoiding a second defeat from Tornadoes within the space of two months.

“I saw a few of their matches recently and I must say they have improved but it is going to be a different ball game as this is a different tournament from the NNL Super 8.

“Good we have launched our campaign in the Ogunjobi Gold Cup in a right footing, I know this will spur my team to go smoking against Shooting Stars.”

Tornadoes who shares 3points with 3SC are second on Group B log while the Ibadan Landlords have three goals the Ikon Allah has two.