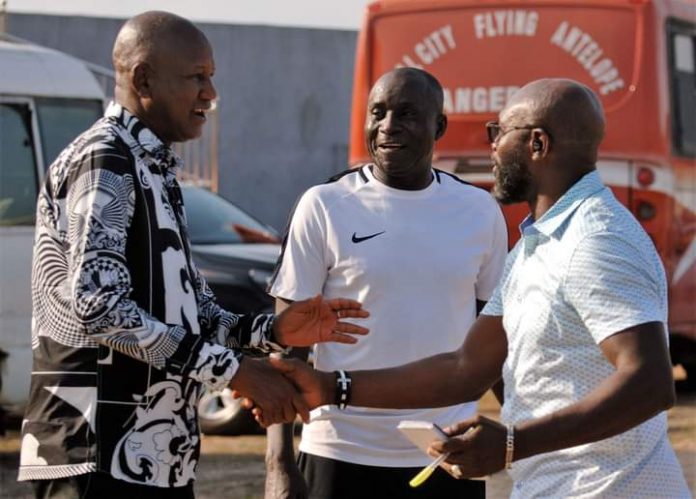 Rangers International F.C were forced to a barren draw by the host, Abia Warriors F.C in a preseason friendly encounter that took place inside Okigwe Township stadium, Thursday, November 4, 2021.

Both sides gave their all in a fixture that had the newly engaged technical adviser for Rangers, coach Abdu Maikaba on the dug-out for the ‘Flying Antelopes’ while former coach of Rangers, Imama Amapakabo was on the opposite dug-out.

The Rangers attacking duo of Elijah Ani and Chinonso Eziekwe did all they could in front of the opponent’ goal but found it difficult to find a way past the Warriors’ shot-stopper.

The host created some chances towards the end of the fixture but substitute, goalkeeper, Bamidele Adeniyi was at his best to block and parry out shots aimed at his goal while Christian Nnaji missed what would have been the only goal of the encounter on 87 minutes after a mix-up from the host’ backline presented him with the golden opportunity but he delayed too long on the ball for them to recover and cleared their lines.

Both sides are expected to play again in a reverse fixture on Sunday, November 7, 2021, in Enugu.