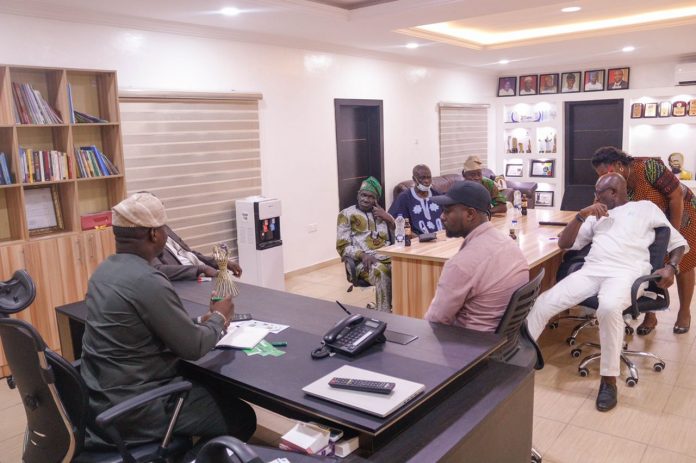 The Commissioner for Youth and Sports, Engr. Seun Fakorede, MNSE on Wednesday restated the commitment of Governor Seyi Makinde to the welfare of the management and players of Shooting Stars Sports Club of Ibadan.

Fakorede gave the commitment in his office on Wednesday when a delegation of former 3SC players paid a courtesy call to his office to appreciate the giant strides recorded by the present administration in the sports sector at the Pacesetter state.

He noted that Oyo government, under the leadership of Governor Seyi Makinde has been providing the necessary incentives to enable 3SC put up an outstanding appearance at the Nigeria Professional Football League (NPFL) which is expected to kick off soon.

While making their various remarks, the Ex-Shooting Stars players said the visit became imperative to seek out modalities to ensure that players who had retired from the club, especially, the set of early 1970s and the glorious conquerors squad of 1976 that won the first intercontinental trophy for the country are well taken care off following outcry over the poor welfare of most former players and their families.

They expressed their displeasure over what they termed as neglect by previous administrations in the state. They argued that some of their colleagues are either living in penury while few others had passed away without being taken care of by the government.

Reacting to their demands, Engr. Fakorede extolled the sterling performance of Ex-Shooting Stars Players noting that the 1970s set brought joy to the faces of millions of 3SC’s fans worldwide. He however assured that their demands would be presented to Governor Seyi Makinde.

He added that the due recognition they deserve will be accorded to them without further procrastination.