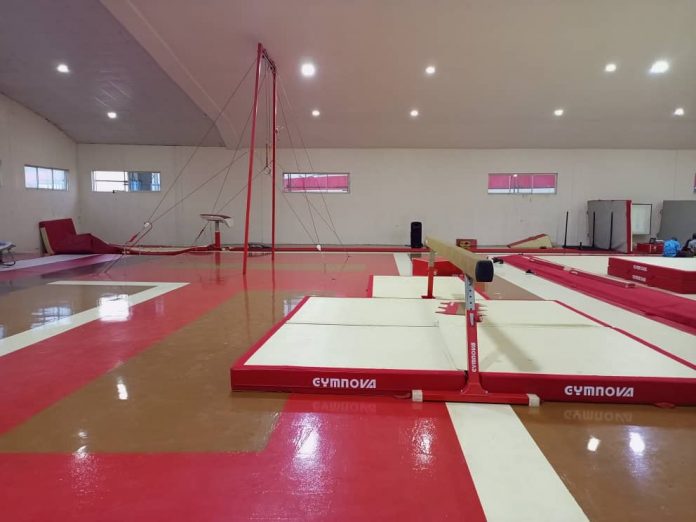 As part of its manifesto in repositioning Nigeria Gymnastics sphere, the Gymnastics Federation of Nigeria under the leadership of Prince Kelvin Erhunwmunse is currently on Day 5 of its week training, exposure of athletes, coaches and judges of the game as well as Gymnastics camp for West Africa countries ongoing at the ultra-modern gymnastics gym of the Samuel Ogbemudia Stadium, Benin City of Edo State.

The week-long camp, the first of its kind in West Africa, has seen the presence of FYG experts from Egypt train coaches, judges and technical instructors from about seven countries in Africa.

Amongst participants at the week-long camp is a former gymnast and an administrator, Alexander Otasowie who couldn’t hide but registers his excitement on this landmark.

“Nobody has ever believed this can happen in Nigeria, even the west African countries are amazed at what they have seen.”

The excited Otasowie however heap praises on the Edo state government for putting in place the world-class gymnastics suspended gym.

“For the facility, this is the best we have in central West Africa and one of the best in another part of Africa. I’m a member of the UOG, the highest body for Africa and Edo state is pulling the whole of Africa and the whole world is monitoring. I’m amazed that this is happening in Nigeria.”

“Now we are having this for the first time, bringing together the entire zone in West Africa. A big appreciation to the Government-Governor Obaseki and Deputy Governor Philip Shaibu for putting in place this structure to help raise more gymnasts who train with modern facilities.”

“More completions, more games would be coming and now that the international bodies have seen it, it’s a clear indication that we can stage as many competitions here.”

“The very recent commissioning we had in the world was in Germany, 2019, this is exactly what’s there-suspended gymnastics gym-which look impossible, which means that way happened in Germany is happening here. Not only Edo is benefiting from this or the whole country, but West Africa is also benefiting from it and Africa is happy to showcase this as one of the best they have.”

“For Edo state, it’s good and as a federation, we can see that it’s one of the best and we are happy to have the best. This is the best place you can have the national team train, no other place in Nigeria has this facility,” Otasowie added.