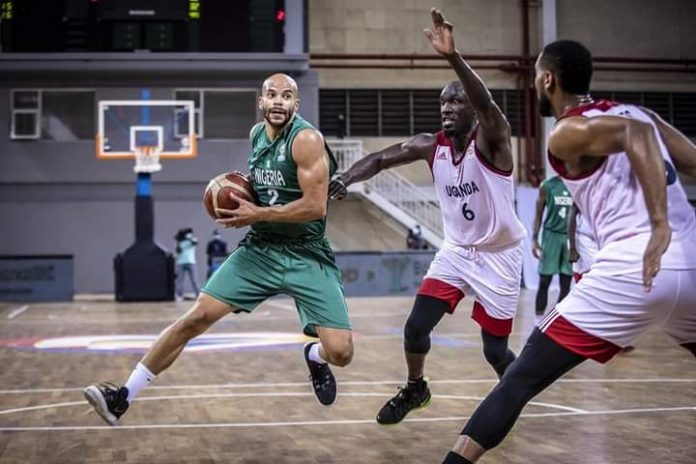 Nigeria Men’s National Basketball Team D’Tigers earned a dominant victory over Uganda in their final Group A game at the 2023 FIBA Worldcup qualifiers in Angola.

The 2015 African champions who lost their opening game by 79-71 point to Cape Verde got their quest for qualification back on track with a hard fought win against Mali in their second Group game on Saturday which has now been followed by a wide margin 95-69 point win over Uganda on Sunday.

It was a total domination as the Nigerian side who claimed a 25-18 point win in the first quarter, 28-19 in the second quarter, 14 – 8 in the third and 28 – 24 point in the fourth and final quarter to emerge victorious.

Ike Diogu was once again the top performer with 27 points, 10 rebounds, 2 assists, 1 steal and 1 block.

D’Tigers finished top of Group A With five points followed by Mali with five points aswell why Uganda and Cape Verde finished with four points in third and fourth position respectively.