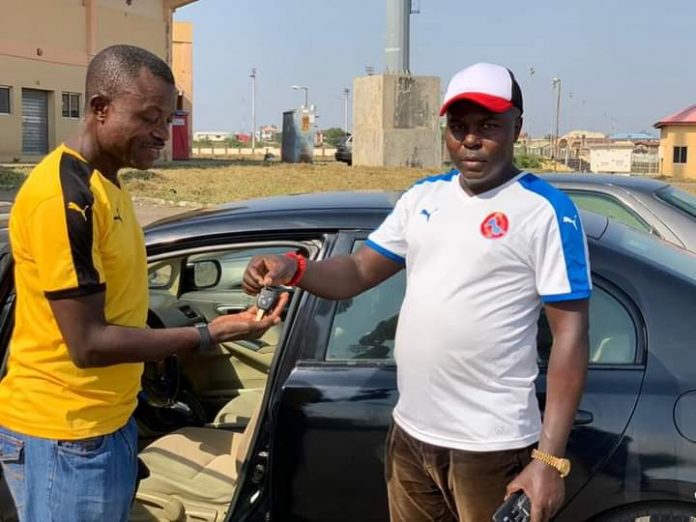 Presenting the car to Igbankwe on Tuesday after the team’s training at the Kwara Stadium Ilorin , the club’s Director of Football, Chief Alloy Chukwuemeka, said the decision to give the coach the vehicle was to aid his work.

Chukwuemeka explained that it was part of the promise made to Igbankwe on Friday when he was unveiled at the club’s camp, Ilorin.

“We will continue to do all we can to ensure we create an atmosphere for the system to function properly for the purpose of developing the youth through football.

“We had earlier redeemed his accommodation after he had been in the hotel and he has since packed to his apartment since Monday” Chukwuemeka said.

Responding, Igbankwe thanked the management of the team for making life easier for him since arriving Ilorin.

He said he will work hard to justify the confidence resposed in him, by meeting the set target and objectives.