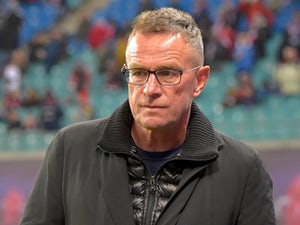 Ralf Rangnick will not start his Manchester United reign until after Thursday’s Premier League fixture against Arsenal.

On Monday, United confirmed that the 63-year-old had been appointed as the club’s interim manager on a contract until the end of the season.

However, numerous reports have now said that the German will not be able to take his place in the dugout for the important clash with the Gunners.

Having not held a managerial position since June 2019, Rangnick does not automatically qualify for a work permit and must go through the application process.

Michael Carrick will remain in caretaker charge, the Englishman having already recorded a win at Villarreal and a draw at Premier League leaders Chelsea.

United are said to be hopeful that Rangnick will be able to formally begin his role ahead of Sunday’s meeting with Crystal Palace.