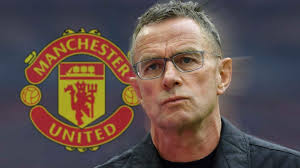 Manchester United’s new interim coach Ralf Rangnick has been granted a work permit and will be on the stands against Arsenal.

Rangnick was appointed United’s interim coach on Monday and has been waiting for the approval process and paperwork to be completed. The 63-year-old will be in the stands tonight when his side faces Arsenal at Old Trafford.

Caretaker boss Michael Carrick will take charge of the club’s first team for the final time tonight before leaving Rangnick to take the first match in charge against Crystal Palace on Sunday.

Rangnick’s contract will see him take charge of the first team until June and then remain at the club for at least a further two years in a consultancy role.