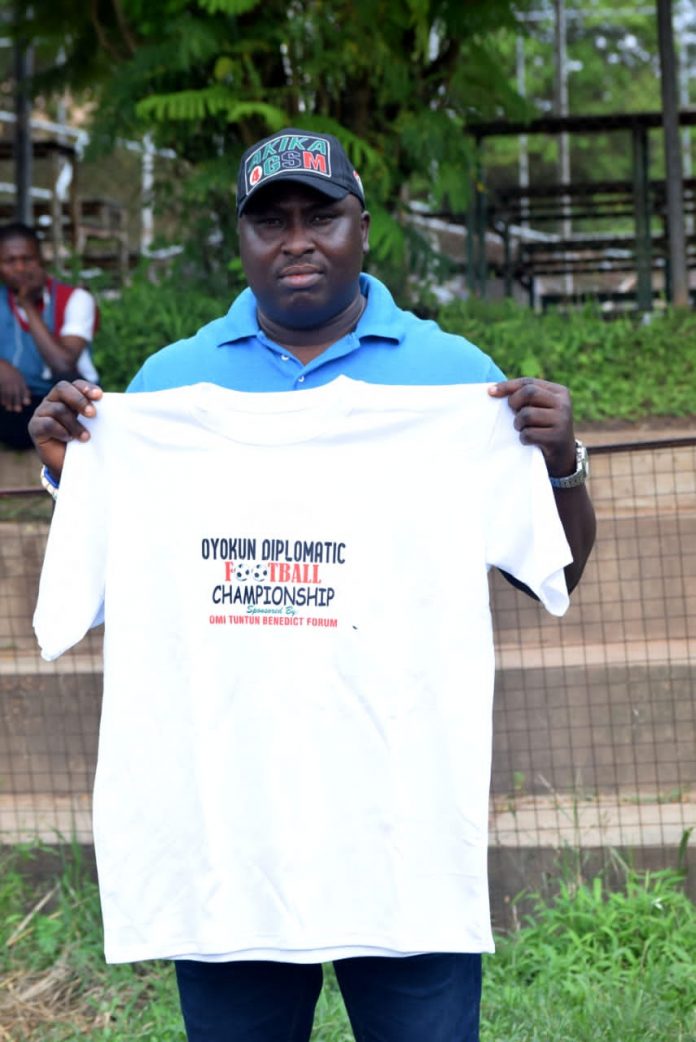 The 2022 edition of the OMI-TUNTUN BENEDICT FORUM OYOKUN DIPLOMATIC FOOTBALL CHAMPIONSHIP started on a much disappointing result for the defending champions as they fell by three goals to nothing.

Wesley Ambassadors started on weaker note as they struggled to put useful passes together and create chances from the middle of the pack.

A brace from APATA ODO-ONA forward, WASIU set their foot on their path to recording their first victory in the championship. Strike partner AMBROSE completed the job for Apata with a solo run to make it three. Wesley ambassadors wasted their chance as they put a penalty wide.

The second match of the day saw U.I ALL STARS falling to OYO STATE PACE SETTER TRANSPORT.
U.I All stars were wasteful in front of goal .OLUMIDE ABIMBOLA was way below his best as he is the one that threw all chances away.

The first half ended goalless.
U.I All Stars struck early in the second half. OLUMIDE ABIMBOLA pounced on a low cross from ADEOLU OLUBOWALE who was a second half substitute for EDUVIERE GREGORY to give them the lead.

Less than five minutes after the goal, OYO PACE SETTER TRANSPORT was reduced to ten men as AJALA ADEYEMI was shown a second yellow card for violent conduct and assault on the referee. The red card seemed a moral booster for Oyo Pace setter transport as they took the control of the game from U.I. All stars.

A defensive error resulted into a fine cross from the right side of the attack and LAWAL IBRAHIM times his run perfectly and directed his header straight into the net to make it one all.

The match looked destined to be a draw but, a defense split pass from MUSILIU ILERIKA sliced U.I. Wide open and POPOOLA ADEBOWALE stole the victory for Oyo pace setter transport.