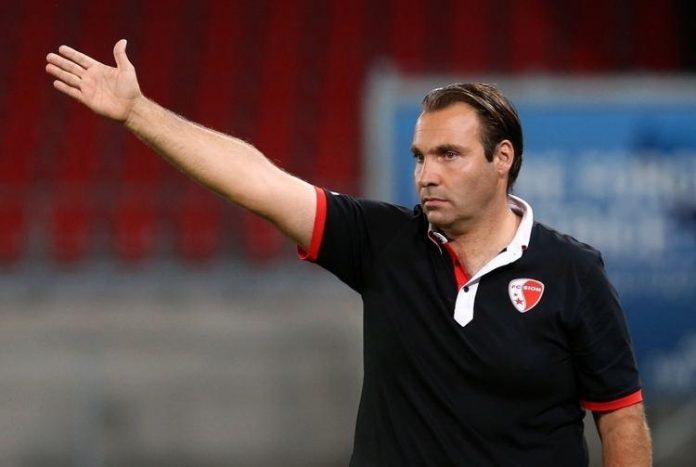 A goal from Karl Namnganda at 90 minutes following a misunderstanding crab between Leon Balogun and William Troost-Ekong, gave the Central African Republic side a heartbreaking 1-0 win over the vastly experienced Eagles on Thursday’s Group C 2022 FIFA World Cup qualifier at the Teslim Balogun Stadium.

CAR had played eight matches without a win but recorded a first win in the group and takes the points to 4 on goal difference with Cape Verde while the Eagles still maintain the driving seat on six points.

Reacting at the post-match conference, Savoy explained how his side humbled the overrated Eagles with his close mark tactics that left no space for the hosts

“We mark them neck to neck and we cut them off. We didn’t allow them to be quick then we’ve got a chance. It’s a deserving result for us and we are very happy we won

“No doubts, Nigeria is one of the best teams in Africa but sometimes in football overconfidence can hunt you because you feel at the beginning you have already won. I feel the Eagles said they were going for 6 points in 4 days on two matches’.”

Nigeria is billed to book a date with 134 ranked CAR on Sunday for the reverse fixture in Douala, Cameroon