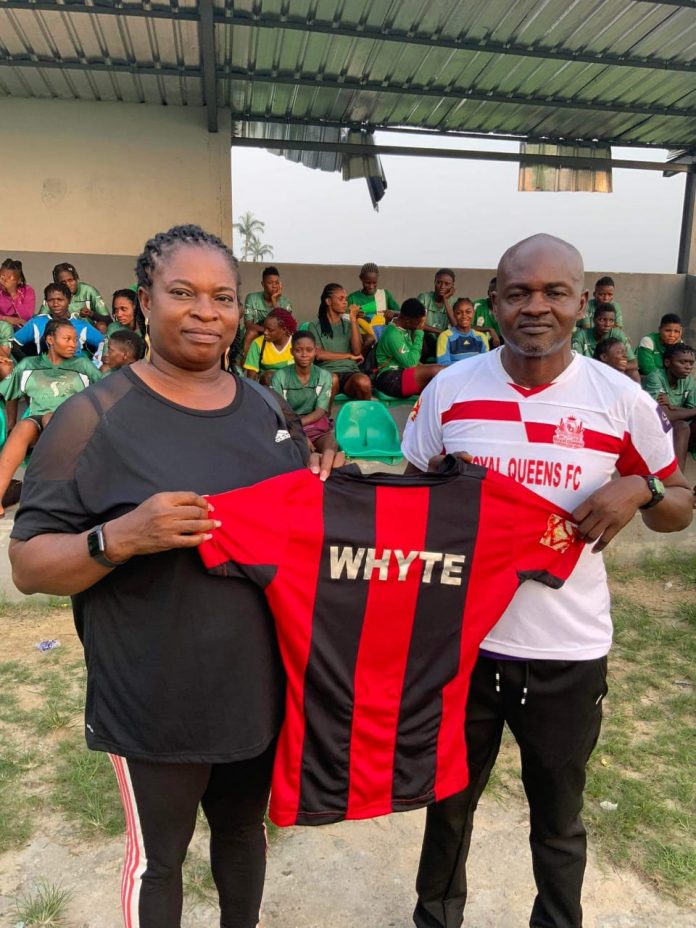 Royal Queens Football Club of Warri have unveiled Ogbonna Whyte as the new Head Coach of the club’s for the 2022 Nigeria Women Premier League, NWPL season.

Whyte, a former Confluence Queens, Rivers Angels and Ibom Angels’ tactician has been tasked with the responsibility of qualifying the team for the Super Six.

Coach Whyte during his unveiling said his target is the super Six and CAF Women Champions League for the club.

Whyte guided Ibom Angels to back to back Aiteo Cup final where they narrowly lost to Rivers Angels on two occasions.

Royal Queens will be on the road to Bayelsa Queens when the league resume next week.