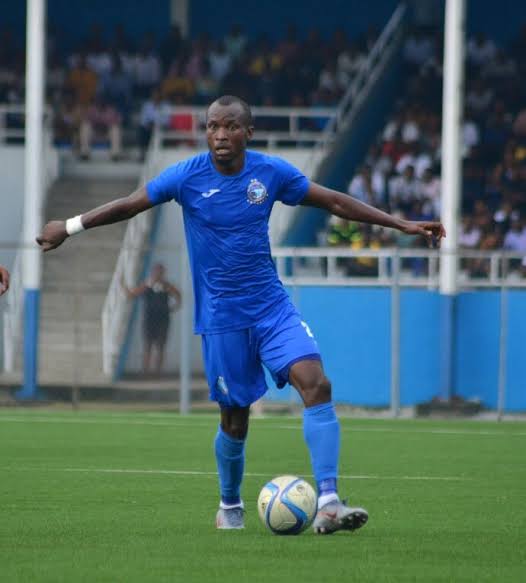 Enyimba FC skipper Austin Oladapo has returned to the pitch after seeing off his six months ban imposed on him by African’s football governing body (CAF).

Recall that the midfielder was initially issued a one year ban after being said to have tested positive to prednisolone in a test that was conducted in May which would have to see him out of action until July 2022, however his suspension was reduced to six months by CAF appeal committee which enables him to return on 5th of January, 2022.

Austine Oladapo while speaking as reported by OwoSports.com.ng, following his return, expressed joy of being back on the pitch to active games again.

“I feel very great and happy, have waited for this particular day to come now it as come I can play again all glory to God almighty”, he said.

He however urged the fans to expect a fantastic season from him stating that he has missed the game so much he would want to give the fans his best.

He was also full of praise for his new manager and former Nigeria International Finidi George stating that there is a good relationship between them, commending the good job he has done so far on the team, declared his desire to work and do his part on the pitch for him.

“My relationship is good with the coach, I’m looking forward to working and doing my part on the pitch for him.

“Seriously I must commend coach Finidi George the way and manners he carries every player along it makes everyone happy, for me, I’m looking forward to being part of his project and I believe we will do greater things not minding the two matches we lost.