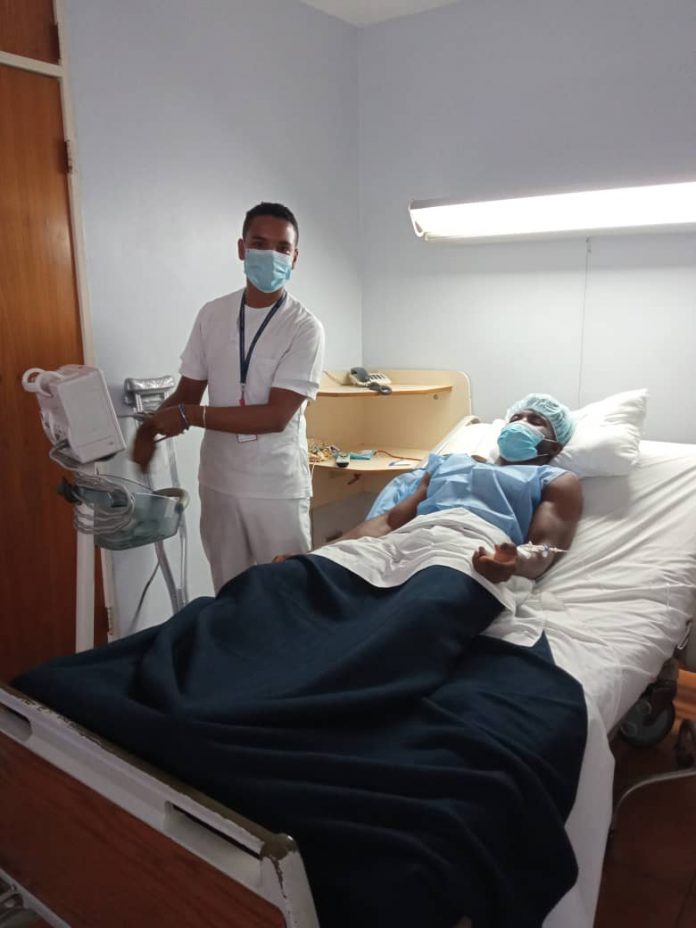 Caracas winger, Ade Oguns, will now begin the long road to recovery after undergoing a successful operation on his knee.

The 20-year-old was dealt a cruel blow earlier this season in the Venezuelan top flight as he suffered a knee ligament injury ruling him out for the remainder of the campaign.

It appears that he will only make a return in early 2022 as he looks to try and get himself back on the field as soon possible.

The Media has been informed that the 36 Lion product recently went under the knife – and will now be on crutches for a while before he is able to begin physiotherapy.

It is thought that Oguns is facing at least three months out as he recuperates, and will be back around January at the earliest, news that will come as a blow to his club.

In an interview with the Media on Saturday, the player thanked everyone who supported him since he was injured at Caracas.

“I want to thank Caracas, 36 Lion, my family members and friends for the support and generosity they showed at the time I needed them most. I’m grateful at last I have had a successful operation,” Oguns informed the Media.

“I’m now fully focused on my recovery and will do everything I can to be back as quickly as possible.”

“Despite the obvious disappointment, I’m a firm believer that within difficulty lies opportunity and with God’s help I’m going to make sure I return better, fitter and stronger than ever before,” he added.