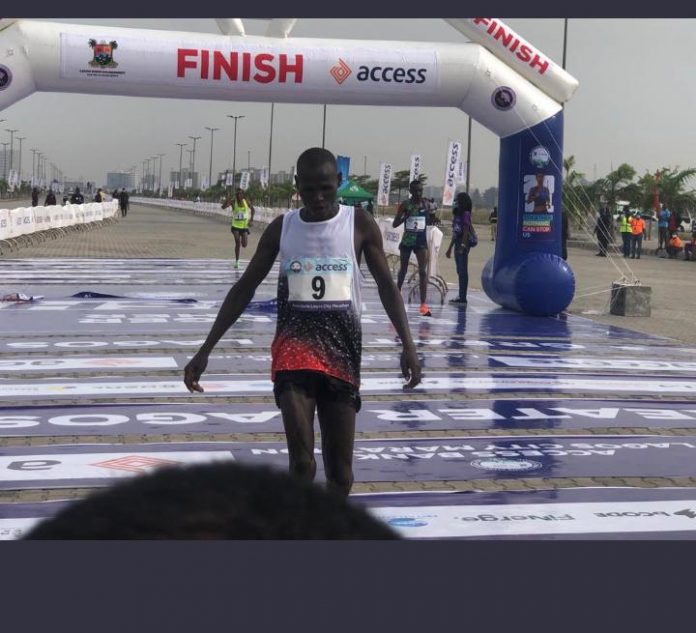 While the winning time falls short of the course record of 2:10:23 set last year,  it is the second-fastest ever in the history of the Access Bank Lagos City Marathon.

A runner-up at the 2019 Guangzhou Marathon where he set his current Personal Best time of 2:08:27, the ageing Naibei is still waxing strong.

Nabei was also among those with podium finishes at the CFLD Beijing Marathon, Beijing where he finished third.

Now in its sixth edition, this is the fourth time a Kenyan is emerging as the winner of the Men’s category of the 42km Access Bank Lagos City Marathon.

In the women’s category, Meseret Dinke reclaimed her title and she did it in style with a new course record after returning a time of 2:28:51

Dinke won the 2019 edition of the Access Bank Lagos City Marathon but was dethroned last year by Kenyan Sharon Cherop who set the former course record of 2.31.40.

Just like it is in the Men’s category, this is the fourth time an Ethiopian will be winning the female race.

Meanwhile, Istifanus Peter Mahan was the first Nigerian to cross the finish line at this year’s race thus winning the N1m prize money in that category.