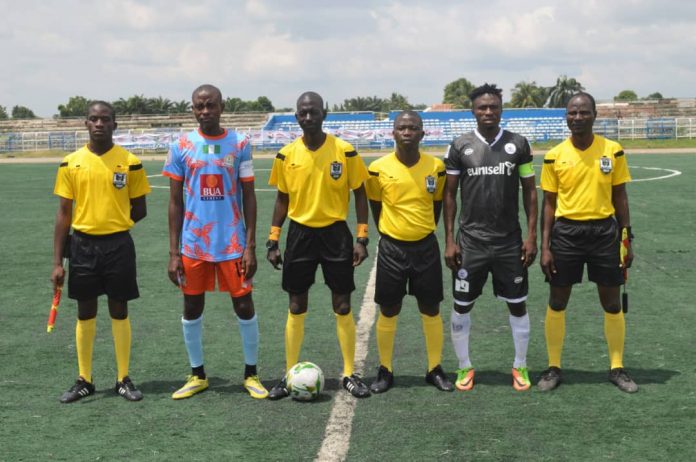 Goals from Paul Acquah’ and Ishaq Kayode were all Rivers United needed to see off a spirited Sokoto United, eventually securing a 2-1 victory in an AITEO Cup 2nd round tie at the Lafia City Stadium on Wednesday.

On a very hot afternoon at the Lafia City Stadium, it was Paul Acquah who made the precious first breakthrough when in the 38th minutes he finished off a tantalising move initiated by Godwin Aguda to give the “Pride of Rivers” a well deserved lead going into the break.

Sokoto United came back stronger after the interval and their effort yielded fruits when they drew level against the run of play in the 58th minute.

Substitute Ishaq Kayode ensured victory for Rivers United in the 71st minutes when he rifled in a low shot from a free kick.

After the 2-1 win over Sokoto United in Lafia, Rivers United Technical Adviser Stanley Eguma faced the media and he outlined his satisfaction around the performance, and also answered questions about the team’s next AITEO Cup game .

With this victory, Rivers United have now set up a round 16 tie against fellow NPFL side Heartland FC. in a yet to be announced date.