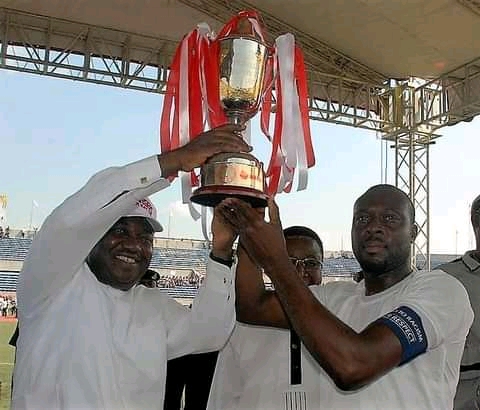 Six-time Aiteo/Federation cup champions, Rangers International F.C will kick start its chase for the 7th title with a round of 32 Aiteo cup 2021 fixture against Bayelsa United inside Dipo Dina stadium, Ijebu-Ode, Ogun state.

After overcoming state league side, Ingas F.C 1-0, in the 2021 Enugu state Aiteo cup final match, the ‘Flying Antelopes’, who drew-by in the preliminary round will be trading tackles with the NNL side, Bayelsa United that stopped the ambitions of Abuja side, NAF F.C 1-0 in the preliminary round and chasing promotion to the top flight from group B2 of the NNL for a place in the round of 16.

The Dipo Dina stadium, Ijebu-Ode will be the venue for the encounter expected to light up the environment on Wednesday, July 7, 2021, as coach Salisu Yusuf tutored side seek the scalp of coach Diepriye Tebowei side that parades veteran league campaigners, Ebitimi Agogu and Bernard Okorowanta in their books.

Since the 2018 Aiteo cup ‘Asaba Miracle’ that saw the Enugu side come from a three goals deficit to stop Kano Pillars via penalty shoot-out after full time score stood at 3-3, the ‘Gburu-Gburu Boys’ have their eyes set for another celebration with the oldest club competition’ trophy.

Christian Nnaji, Ifeanyi Okoro, Elijah Ani, and Ugochukwu Ugwuoke will be expected to do the needful against a side that has been able to find the opponent’ net fourteen times in their last four matches with Timitimi Enikare, Favour Eni and Tarabina Ebiwei always leading the assaults.

Rangers shot stopper, Japhet Opubo in a chat ahead of the fixture, said, “Bayelsa United is a good side any day but we are more experienced in this game to stop them. We can’t underrate them for any reason but play the match as if it is a cup final. I believe we have the players to deliver the goods and go as far as emerging champions of the Aiteo cup again this season.”