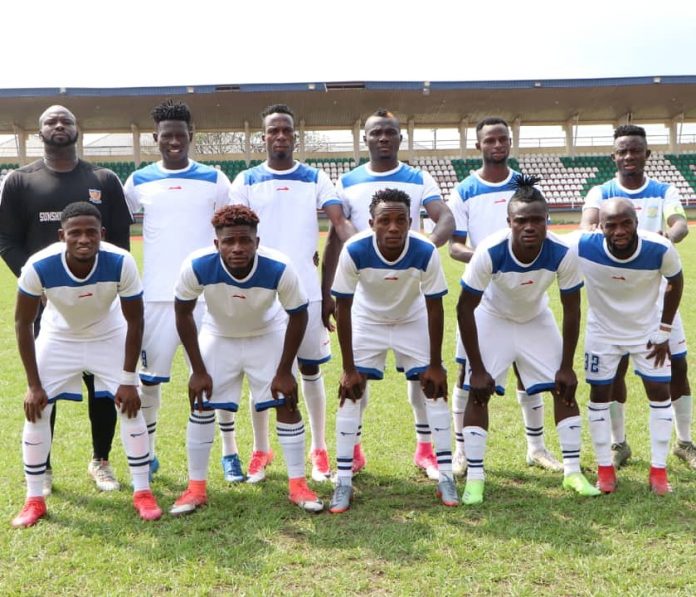 Coming up against the Solid Miners for the secnd time in five days, the Deji Ayeni-led boys were poised to prove their adversaries wrong, but fell behind in the 32nd minute, no thanks to a disputed penalty kick converted by former man, Silas Nwankwo.

Goalkeeper Henry Ayodele was forced off before the kick.

Sunshine Stars response was handled by the Solid Miners, who held on to the lead into break.

On the resumption of the second half, Fuad Ekelojuoti fired Sunshine Stars back into the game in the 51st minute, but the Solid Miners soon contentiously regained the lead in the 64th minutes, scoring from a ball that appeared to have gone out of play.

The search for an equalizer went on, and for the second consecutive game, Kolade Adeniji rose to the occasion and headed home the eqaulizer in the 93rd minute.

Two-all in regulation time and down to penalties, but unfortunately, the savior missed a decisive kick and Nasarawa United took the game 6-5 on penalties.