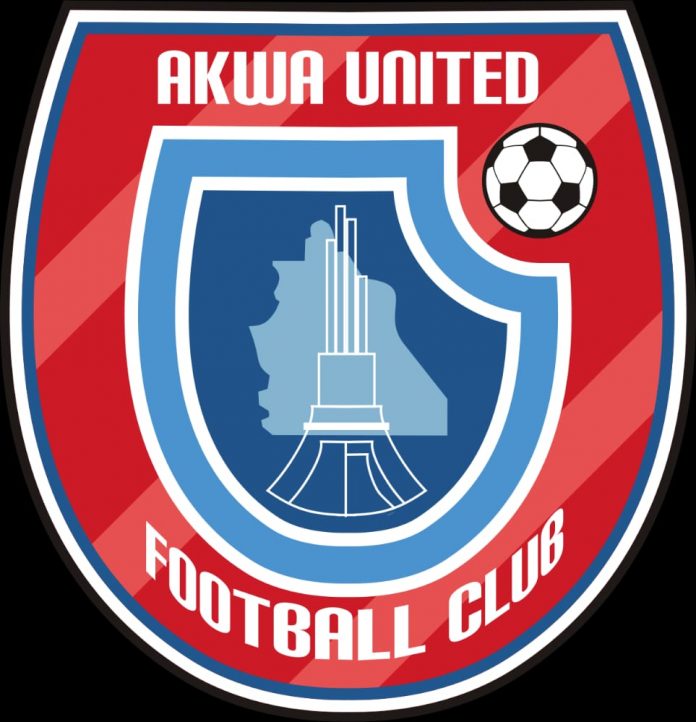 Akwa United captain, Otobong Effiong who has served the club meritoriously has been asked to leave the club alongside all time highest goal scorer of the NPFL Mfon Udoh over issues of protest, that arose in Algeria when the players protested that they are not going to play the match unless they are paid estacode for the trip.

Estacode is the incentive you get before travelling to represent your team. I wonder why the players will be asking for what they are due for and the club went with more than 20 people who have no business in the team, the likes of National assembly members, party partisan, loyalists and host of others at the expense of the gladiators and principal actors, ‘the players’.

According to a source who spoke with www.ckdmedia.ng

“Akwa United was never ready to play in continental with ‘no money syndrome’.

As I speak, they are still owing us 19 match bonuses of last season.

“The truth must be told, over 18 players protested for estacode for the trip and bonuses but two players became scapegoats. It’s a pity.

“The team keep saying no money, I dont blame Elder Paul Bassey, sometimes he uses his personal fund to keep us going but we are pushed to the wall. After our reaction in Algeria, they started trasfering 300k to our account on the day of the match, we didnt even train at all. We would have gotten the result needed in Algeria but our minds were divided.

“We all have families. Most of us are bread winners and some people are collecting our money from government, but the money doesn’t get to us.

“As I speak, we don’t even know when they will host us for the first time in the history of the club that we won the NPFL trophy. No date is fixed to host and celebrate the team for the massive accomplishment.

“Only GOD can help the team this season. We did all we could last season, thinking that we will get houses or good cars each, for our (players) efforts put in to win the league but what do we get? They want to start this season with accumulated debt again”, the anonymous player concluded.