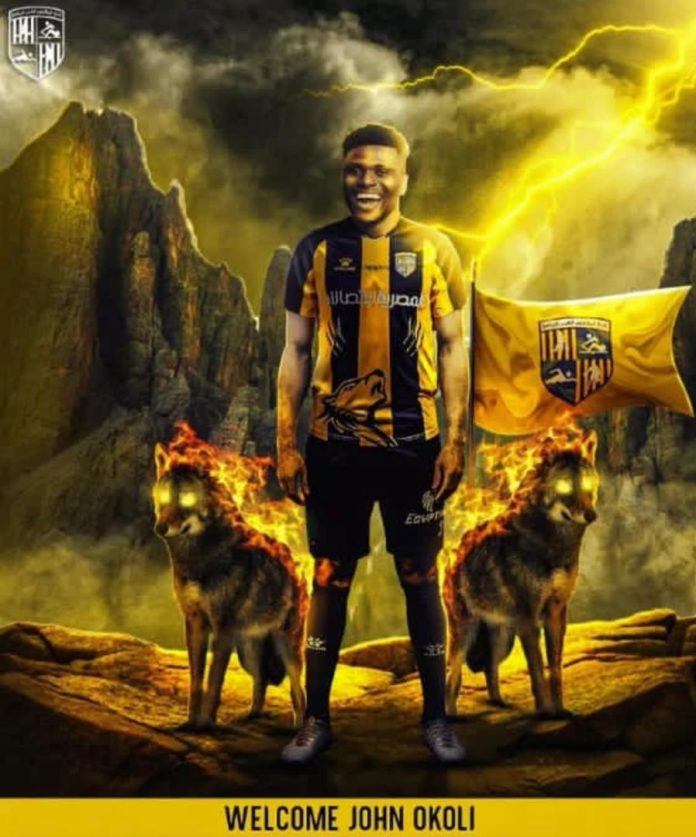 Okoli, 24, has officially penned a three-year deal with the Mountain Wolves, meaning he will be at Nasr City until 2024.

The reliable forward had been linked with Al Mokawloon for weeks following what was arguably his best campaign in the Bangladesh Football Premier League.

The attacker, who had stints at Yenicami SK and Gönyeli S.K. in the past, scored 18 goals in 22 appearances last season.

“I am happy with my new family and I would like to thank all who contributed in the deal,” Okoli told the Media.

“I didn’t feel any difference, but I feel that I am at my second home. I would like to thank the club fans for their support for me and the club. I felt the same love that I found at Saif and that is the most thing that encouraged me.

“The aim is to do my best to make the fans and board happy,” said the ex sharp shooter.