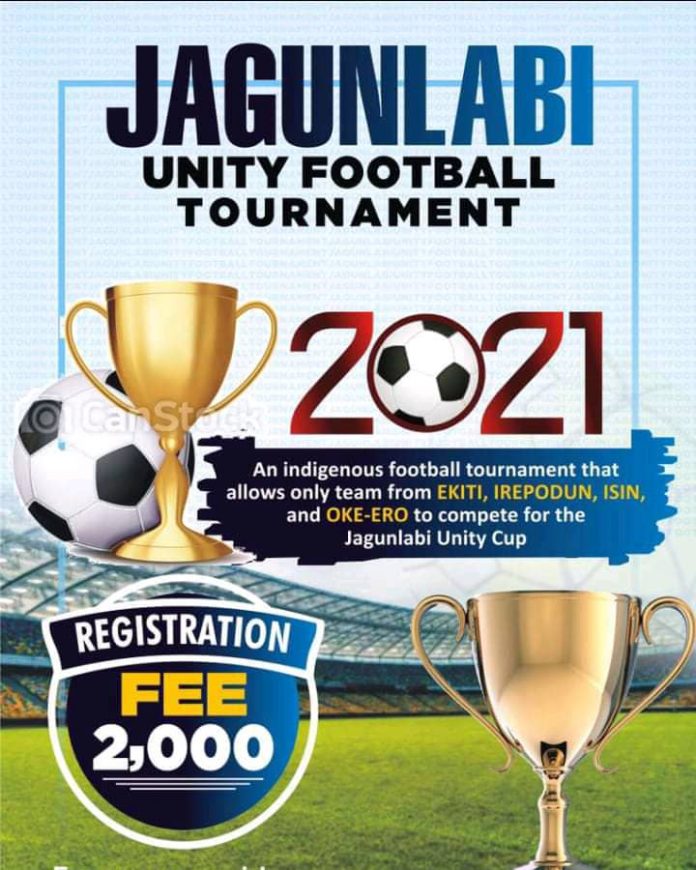 An American based legal practitioner and philanthropist, Barrister Abiola Abdulkareem has organised a football championship in Kwara State to promote sports development at the grassroots level.

According to the Media Officer of Jagunlabi Foundation, Shola Suleiman,the need to empower youth in various communities in the State had motivated the sponsor to initiate the tournament.

The maiden talent hunt soccer competition which is currently holding at Osi Central school playing ground commenced on the 7th of July with the final billed for Thursday 22nd of July 2021.

Barrister Abiola is expected to be joined by traditional rulers, dignitaries and football scouts in Nigeria and abroad for the final of the tournament as part of the celebration to mark Eid li- Kabir( Ileya festival)

While some matches have already been decided, the match day 5 of the tournament saw Unique FC defeating Golden Stars FC 2 -1 while Ayedun FC and Omumu FC played out a 3-3 draw.

The match day 6 of the tourney on Tuesday 13th of July will see Omu-Aran United taking on Dream Chaser while Young Elite would be trading tackles with Oro United.

10 teams registered for the championship and the winner is expected to receive fantastic prizes.