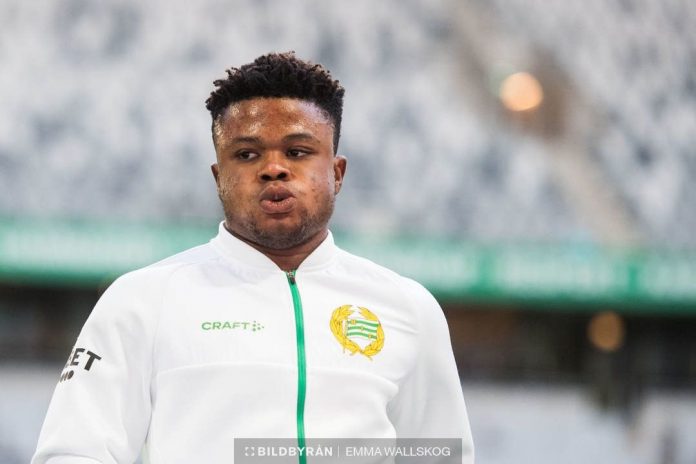 Nigerian midfielder Akinkunmi Amoo is set to return to the starting XI for Swedish side Hammerby IF when they travel away to the Plantinum Cars Arena to face IFK Norrkoping on match day 22 of the Allsvenkan.

Having decided to alt his winning team in their 1-1 draw last time out away at BK Hacken head coach Millos Milojevic will now turn to the fleet footed Nigerian as he hopes to pick up maximum points before the international break.

Both teams going into the clash with superb form as the visitors will have to up their game should they want to avoid defeat with the hosts enjoying a rich vein of form which has seen them pick up 13 points from a possible 15.

Following their not too impressive start to October the visitors picked up momentum with Amoo at the centre of it all as he ensured they picked 7 points from 9, with Amoo scoring twice and also claiming an assist in the process.

The 19-year-old is now expected to return to the midfield come Sunday afternoon with the clash a must win for either side in their quest to qualify for European Football come the end of the season.

Hammerby currently occupy 6th position on the log with 34 points after 21 rounds of matches with Amoo a key contributor to those points having contributed 9 goals this campaign (6 goals, 3 assists).