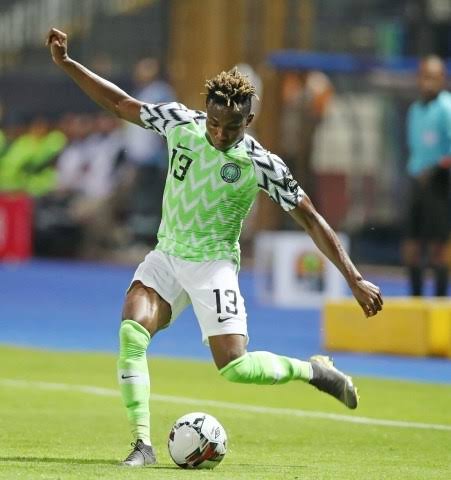 Samu Chukwueze is garnering attention from some of the biggest clubs in Europe. The London giants are one of the suitors in pursuit of Nigeria international, who is open to leaving Villarreal in the summer transfer window and has an €80m release clause.

Samuel joined Villarreal in the summer of 2017 and made gradual progress at the Spanish club before establishing a foothold in the first-team squad. In the ongoing season, Chukwueze has gone in and out of the starting lineup, but the winger still has a return of 4 goals and 7 assists in 36 games to show for his efforts.

His progress and potential have piqued the interest of several teams around Europe. And, heading into this summer’s transfer window, as many as four teams are hot on his trails, one of those being PL giants Arsenal.

Arsenal strengthened their front-line by signing a winger for a second successive summer last year with the acquisition of Willian, having secured the services of Nicolas Pepe in 2019. However, neither move has worked out well for the Gunners, although Pepe appears to be starting to turn things around slowly.

Nevertheless, with Pierre-Emerick Aubameyang facing an uncertain future, Bukayo Saka remains the only other consistent performer for the Gunners, as far as the wide areas are concerned. To that end, Gunners have been linked with several possible options to arrive as a reinforcement.
At 21, the Nigeria winger will also provide the best years of his career to the PL heavyweights, although in order to swoop him away from the La Liga club, suitors might need to trigger his €80m release clause.