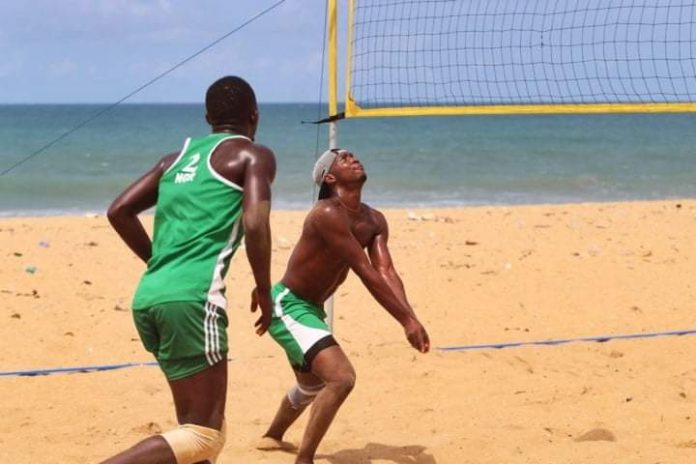 The Nigeria Volleyball Federation (NVBF) has called up 14 players for the National U19/21 camp billed to open in Kaduna state on Friday.

Nigeria will participate at the 2021 FIVB Age Group U19 Qualifiers and U21 Beach Volleyball Championship in Phuket, Thailand from 6th to 19th December, 2021.

According to the Chairman Media and Publicity NVBF, Hon Famous Daunemigha, invited players will begin their camping in Kaduna state from 5th November to 2nd December under the supervision of John Iwerima (Head Coach) and Christy Amadi (Ass Coach).

Hon Famous Daunemigha revealed that the players invited to camp were selected after cross examination from board members in the technical committee and due to the performances of the players during their various last outings.

He said, “A total of 14 players have been invited to camp ahead of the 2021 FIVB Age Group U19 Qualifiers and U21 Beach Volleyball in Thailand. We invited six U21 boys, four U21 Girls and four U19 Girls. The board believes this is an opportunity to breed new set of beach volleyball national team players.

“If you look critically at the senior beach volleyball team, you will discover some of these players also attended some international beach volleyball tournaments. This is an avenue to expose these younger players to different playing facility and equipment.”