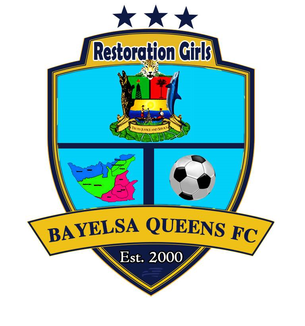 The Management of Bayelsa Queens have suspended indefinitely the team technical Adviser Moses Aduku and his assistant Kingdom Ogbodan with immediate effect due to gross misconduct and insorbordition.

The Chairman Robin Aprela in a statement realesed to newsmen after the matchday three at the ongoing Nigera Women Football League NWFL Super Six in Ijebu-Ode where Bayelsa Queens lost worfully to Rivers Angels by four-nil said that the attitude and high-handedness of Moses Aduku has had it’s negative impact on the team, hence the indefinite suspension.

Robin Aprela aslo noted that the free hand given to the technical Adviser to double as team manager before the emergence of the newly constituted Board of Bayelsa Queens has made him think too highly of himself and has polarized the camp.

The technical Adviser was accused of fielding a weakened side in the match against Rivers Angels where the the two recognized central defenders were dropped without any injury and also the inclusion of the third choice goalkeeper who has not played a single match so far this season.

Moses Aduku was also accused of not working with his assistant as well as not taking admistrative suggestions from the the chairman.

The Management has however placed Ebiere Okoh and Izuogha Akren as interim coach and assistant for the reminder of the season.

Mr Robin Aprela wish to apologies to the Bayelsa State government and the temming supporters of the team for the below per performance of the team and promise to reposition the team ahead of next season.