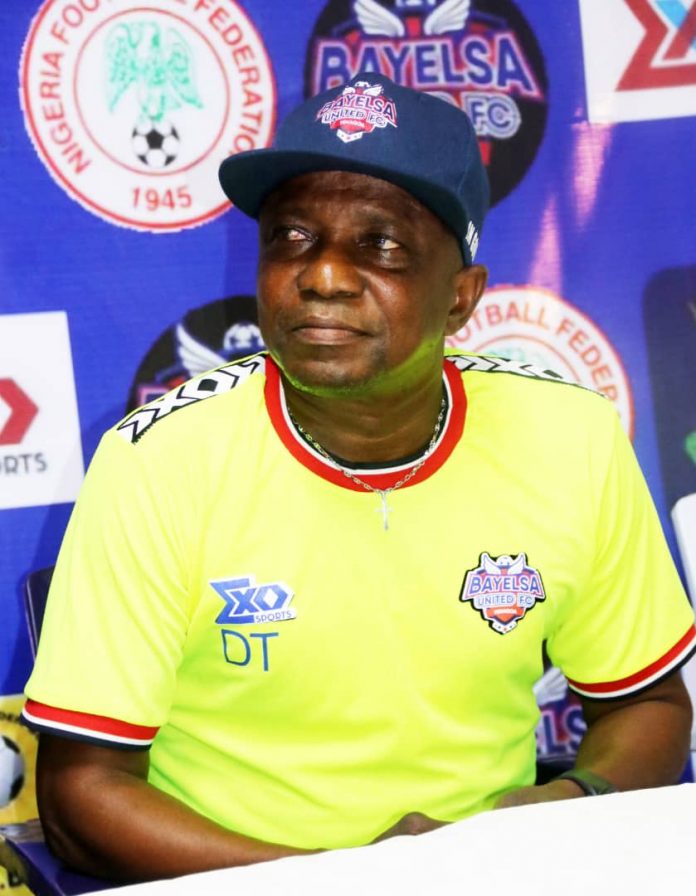 The Prosperity Boys beat Abia Warriors 2-0 on Saturday at the Samson Siasia Stadium, Yenagoa with two late goals from Okardi Inikurogha on 87 minutes and Hassan Oladimeji on 90 minutes.

Bayelsa United smacked AS Ashanti Golden Boys of Guinea 4-2 in the first preliminary round fixture in the CAF Confederation Cup to secure a place in second round while the Tunisian Cup Champions were drawn bye.

Reacting to the outcome, the tactican fondly called Coach Computer by fans said he is targeting a big win in Nigeria before traveling to Tunisia for the second leg, adding that the friendly was timely due to the importance of the game.

The former West Ham Feeders coach explained that he was expecting a similar approach from his lads by scoring high without conceding a goal, stating that he was optimistic of going through CS Sfaxien with a resounding victory against the Juventus El Arab as the Tunisians are fondly called.

Apparently not satisfied with his side’s first half performance against the Umuahia side, the former Calabar Rovers star asserted that he expected a more attacking style but commended the lads show of dexterity in the second half.

When asked about the availability of forward Victory Beniangba the coach confirmed that the speedy winger would be available against CS Sfaxien on Sunday.

The gaffer assured Bayelsans that the Prosperity Boys would progress to the next round ahead of their Tunisian opponents.