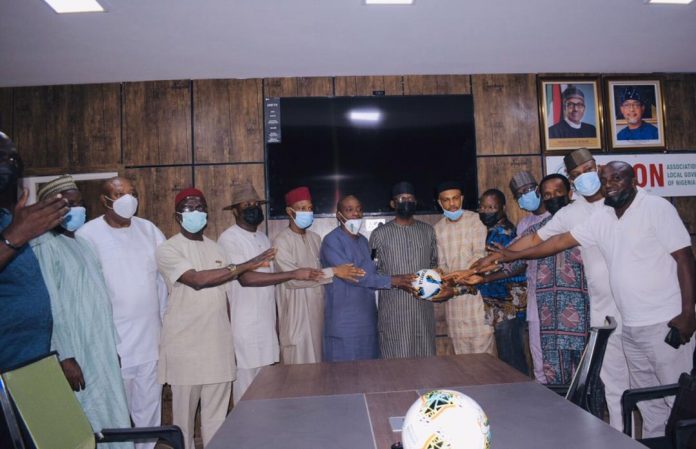 It was another epoch-making event on Tuesday as the management of Berackiah/Abigol football coaching clinic struck another deal with the Association of Local Governments Nigeria (ALGON).

The event which was held at the headquarters of ALGON in Abuja was a manifestation of understanding reached between the parties to train football coaches across the 774 local governments in Nigeria.

Speaking after the event, the CEO/MD Berackiah International, Mr. Wonders N. Nwigwe commended the leadership of ALGON for their vision in human capital development.

He gave assurance that the clinic which has become a toast for football stakeholders in the country will aid the development of football at the grassroots with its creed of training the trainers.

Others at the ceremony were his partner and one of the resource person coach Matthew Olorunleke; a Nigerian-Italian football coach, Mr. Segun Akeusola; Head of Strategic Planning, Berackiah/Abigol Clinic and Mr. Simon Ojum.

The football coaching clinic is witnessing an expansion of scope having successfully held across all the six geopolitical zones in the country recently.