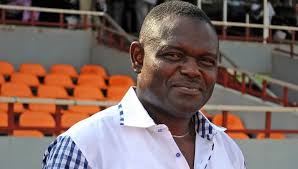 Technical Manager of Rivers United, Coach Stanley Eguma has praised the Executive Governor of Rivers State, Chief Barrister Nyesom Wike on redeeming the financial pledge of $100,000 (One Hundred Thousand Dollars) for the win against Young Africans of Tanzania.

Speaking to Press Men after the Cash presentation, Coach Eguma said his team will justify the motivation by producing positive results.

” That is a very huge motivation to the boys for them to do well, you know his Excellency have always been exceptional, he has always supported the team very well with his heart and he has done what no other Governors have been able to do.

The ball is now in our court to perform well on Sunday and ensure that resounding victory is assured.

We are also working hard to reciprocate as a team to what his Excellency has done for the team”.

Being the only Nigeria representative in the CAF Champions League, Coach Eguma said the task ahead is huge but they remain focused.

“Akwa United is a good team despite the fact they lost, it is Football, they also planned to win but it is unfortunate they lost out. We are still in the race, although it is a big task on us to deliver, we have to win to further keep Nigeria’s slot in the Champions League so that is what is firing us to make sure we do all we can to get a resounding victory and qualify to the next round”.

The pride of Rivers play host to Al Hilal Omdurman of Sudan in the CAF Champions League, 2nd Preliminary Round, First Leg at the Adokiye Amiesimaka Stadium by 4pm.