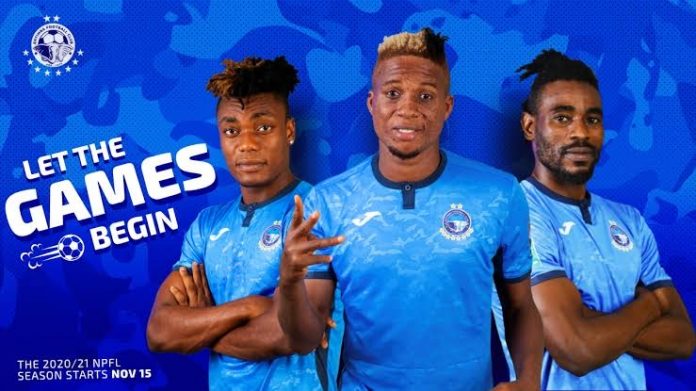 Enyimba FC of Nigeria showed a sterling performance in Senegal as the team secured an away victory over Diamba FC.

The game which was mostly dominated by the home team in the first half made Enyimba FC organized the defense line with lots of saves by the Dare Ojo and nullified all the attacking threat of Diamba FC.

The Nigeria side grew into the game in second half after the coach Finidi George made some tactical changes to the team.

Orok was introduced in place of Esobe while Obioma came in for Victor Mbaoma.

Enyimba was awarded a penalty in the 84th minute after Orok was brought down in the box.

Another substitute Cyril Olisema slotted home the spot-kick and handed Enyimba 0-1 away win.

The second is slated for Enyimba International stadium next weekend with the winner over the two legs go into the group stage.