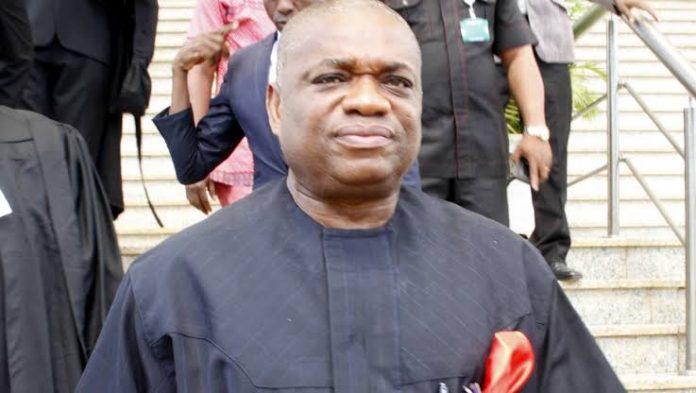 Pillar of Sports in Africa and Chief Whip of the Senate, Dr. Orji Kalu has congratulated Nigerians on the victory of Enyimba Football Club (FC)  of Nigeria against Orlando Pirates of South Africa  in the final Group A match in the confederation of Africa Football  (CAF) tournament.

Kalu commended the players and officials of the football club for their skills.
Recall, during Kalu’s stint as Governor of Abia state, Enyimba FC was repositioned, with the team clinching the CAF cup back to back in 2003 and 2004.

The Senate Chief Whip, who is also a soccer enthusiast, stressed that football brings people together and ultimately promotes peace and unity.

In his goodwill message, Kalu called on stakeholders in the sports industry in Nigeria to focus on grassroots sports development in order to discover talented players in their prime.

He said, “I felicitate with Enyimba FC on their well deserved victory against Orlando Pirates in the CAF tournament.
“The players demonstrated their capability.

“The victory of the team is well deserved and encouraging”.
Kalu advocated private sector participation in sports development, adding that sports should not be seen as a leisure activity but business opportunity.