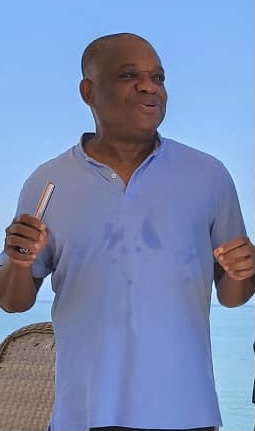 Former Governor of Abia state and Pillar of Sports in Africa, Dr Orji Kalu has described the victory of Enyimba Football Club at the Confederation of Africa (CAF) competition in Senegal as well-deserved and commendable.

The former Governor, under whose administration Enyimba FC won the CAF competition in 2003 and 2004, stressed that sports is a unifying game, adding that government at all levels must support grassroots sports development for the sake of national development.

While applauding the Enyimba team for their show of professionalism and dexterity, called for the sustenance of the performance of the football team in future competitions.

In a goodwill message to the football team, the soccer enthusiast noted that the players and officials of the team deserve commendation for their outstanding performance in the competition.

He said” I join football lovers across Abia state and Nigeria in general to celebrate the well deserved victory of Enyimba Football Club against Diambars FC in the Confederation of Africa Football (CAF) competition.

“The team had an outstanding performance in the football competition.
“I salute the Enyimba FC for the display of skills.
“In future competitions, I have no doubt in the capacity of the players and officials to sustain the feat”.

Kalu conveyed his best wishes to Enyimba football team and sports stakeholders across the country.