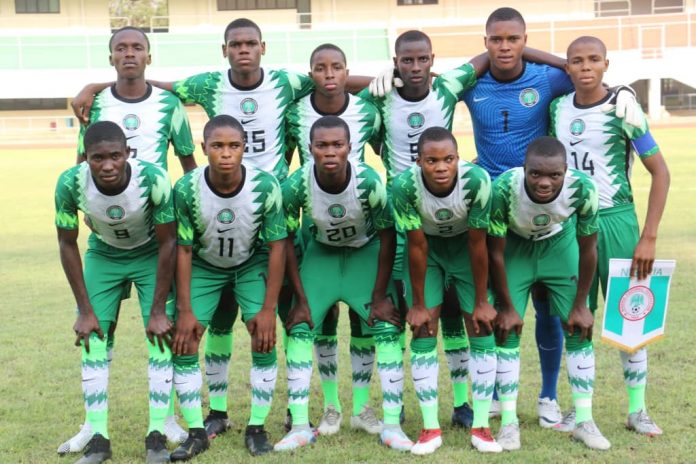 Nigeria reached the semi finals of the WAFU U17 Cup Tournament ongoing in Lome, Togo on Tuesday evening after Group B pacesetters Cote d’Ivoire hammered the Black Starlets of Ghana 3-1 at the city’s Stade Municipal.

Five-time world champions Nigeria, who lost by the odd goal to the Ivorians on the opening day of the competition and were forced to a 1-1 draw by the Starlets at the weekend, needed a favour from the Ivorians to progress to the knockout stage. And the Ivorians obliged.

The Baby Elephants raced into the lead after only nine minutes and consolidated at 2-0 as the match wore on. But the Starlets, themselves two-time champions of the world, pegged back their neighbours to leave Nigeria’s chances on the wire.

The Eaglets and their Ghanaian counterparts had both scored through penalty kicks on Saturday. It was the time for the Ivorians to benefit, as they netted from six yards with 20 minutes to go to make it a commanding 3-1 win.

Hosts Togo was thrown out of the tournament on Sunday after two of their players failed the mandatory MRI (Magnetic Resonance Imaging) tests conducted by the tournament’s medical team.

The winners of the semi-finals will battle for the diadem on Wednesday next week at the Stade Kegue, and also qualify for the CAF U17 Cup of Nations billed for 13th -31st March in Morocco.