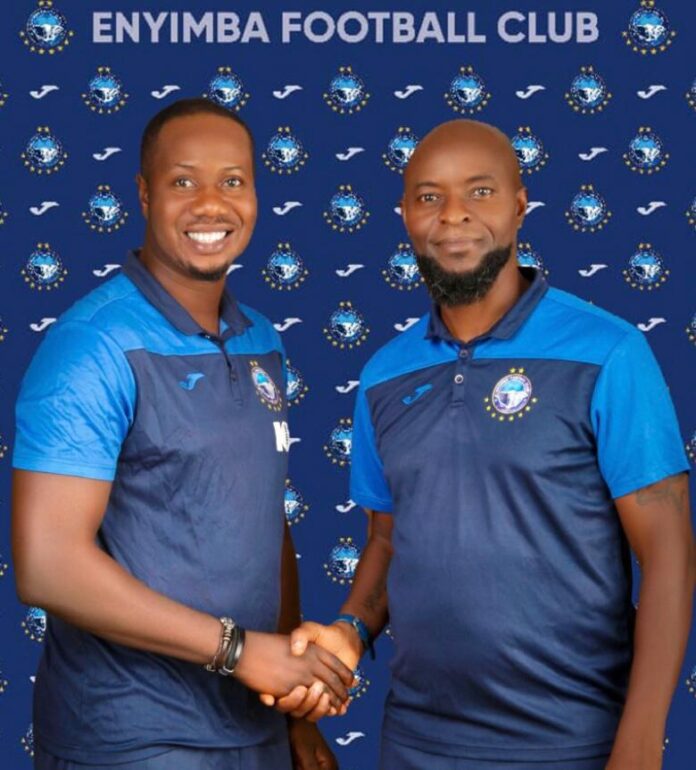 Speaking on the addition, Finidi said, “Yema is someone I have known for some time now. He is passionate about his job and has a positive mindset. He has very good qualities that will bring value to the team, so I’m very happy to have him around.”

More commonly referred to as Yema, the young tactician joins Enyimba to bring his wealth of football knowledge to the team.

In recent years,Yema has emerged as one of the brightest coaches in Nigeria and is best known for his profound knowledge of the game and excellent work ethic.