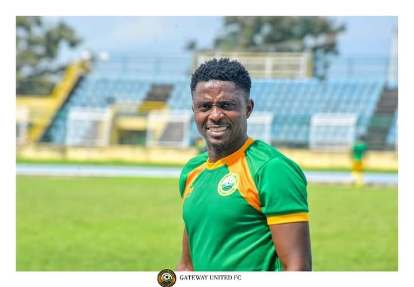 Omoyayi who retired at the age of 35 at the end of the last Nigeria National League season will work with the Sunday Olusoji tutored side in what will be his first coaching duty.

On the bills of the club, the former Shooting Stars and Kwara United defender will begin coaching courses in a bid to become a badged tactician.

The Abeokuta Indigene who retired as the longest serving Gateway United player said it is a delight to try something new and appreciated the management of the team for the opportunity.

He said “It’s an honour, I’m very grateful and happy to begin a new chapter entirely, this is a rare opportunity and I will not take it for granted”

Omoyayi played his last career game for Gateway United in a 3-0 victory against Joy Commeth FC on the last day of the NNL season, he was given a guard of honour by his teammates and the visitors before the game started.