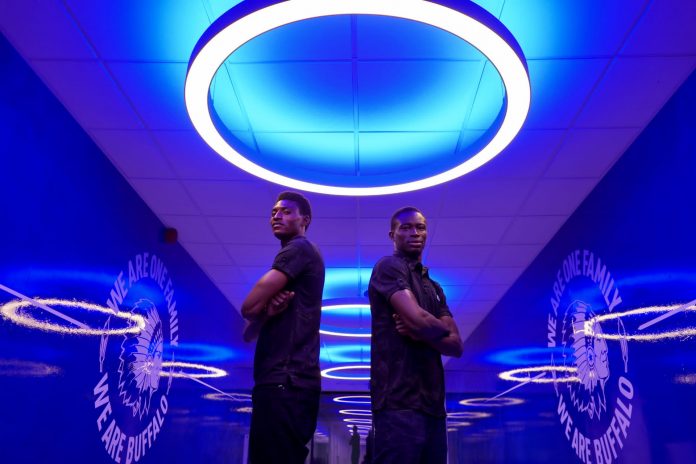 Water FC of Abuja stars Chinonso and Oladoye Adewale have been given professional contract by Belgian Club KAA Gent following their impressive performance with the first team in some friendly games.

Following a successful move of Gabriel Okechukwu to Japanese top division, another products of Water FC, Abuja Emeka Chinonso and Oladoye Adewale have made big money move to Belgium side, KAA Genk FC.

The Flying Eagles Big center forward Emeka Chinonso and workaholic midfieder Oladoye Adewale have been announced by the Belgian club having having completed a big money move
It will be recalled that Chinonso was part of Nigeria’s U20 team who reached the Quarterfinal stage of the FIFA U20 World Cup in
While Oladoye Adewale was part of the Flying Eagles team tutored by coach Ladan Boso at the U20 AFCON in Benin Republic last year
This deal was facilitated by the proprietor of Water FC, Nureni Makanjuola popularly called MK
Water FC within few years of their establishment has produced many players who are playing outside shores of Nigeria.

Some of them include Success Makanjuola who is on the card of Spanish side Villareal, Sucess  Makanjuola of Chelsea youth team, Babatunde Micheal who is currently plying his trade with Wydad Casablanca in Morocco and Okechukwu Gabriel who recently joined Osondale Sapporo in Japan among others.
Chinonso and Oladoye’s move to Genk has increased numbers of Nigerians who have represent the capital club including Augustine Eguavoen who captained the side at some points, Moses Simon and Kalu Uche. Both players have resumed training with the first team of Gent.