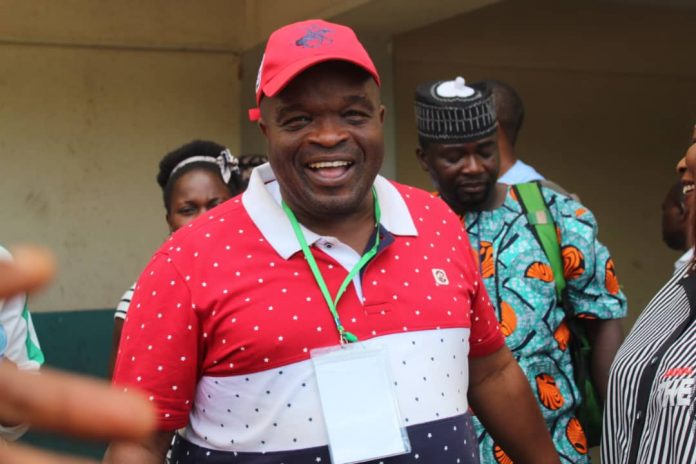 Japanese Government has agreed to give scholarships to active Nigeria Gymnasts according to the President of Gymnastics Federation of Nigeria, Prince Kelvin Erhunwmunse on Wednesday.

Prince Erhunwmunse revealed that the presence of the President of International Gymnastics Federation (FIG), Morinari Watanabe in Nigeria and the intervention of the Honourable Minister of Youth and Sports, Chief Sunday Dare made the scholarship possible.

He assured Nigerians of more qualifications for the subsequent African, Commonwealth and Olympic Games adding that gymnasts will have access to equipment.

He said, “The coming of the President FIG, Morinari Watanabe to Nigeria has been very impactful because we were together with the Honourable Minister of Youth and Sports Development, Chief Sunday Dare in Japan where commitments were made.

“Nigeria gymnasts will gain scholarships to Japan to study and train; this has been sealed with the Japanese Ambassador. The training will among other things not only enhance the capacity building of the coaches/official, but also help improve the commitment of the gymnasts towards the game because of the conducive learning environment.”

“Nigerians should expect more qualifications of gymnasts for the African, Commonwealth and Olympic Games. More equipment will be coming into Nigeria because few weeks ago, the President of FIG, Morinari Watanabe was in Nigeria for the second time and a lot of promises were made; Gymnastics Federation of Nigeria is moving to the next level,” he added.

The Chairman of Edo State Gymnastics Association gave a breakdown on some of his achievements during his first term as President of Gymnastics Federation of Nigeria.

He said, “If you recall four years ago when I made promises that Nigeria will attend the African Games and win Gold medal as well as make her debut at the Olympic Games, it was as if I was making empty promises. Today, all I promised few years ago are all reality; the past board set a standard and are great achievements for the Gymnastics Federation of Nigeria.

“We were able to train gymnastics coaches during the last dispensation and by the Grace of God, greater things are going to happen in Gymnastics.”