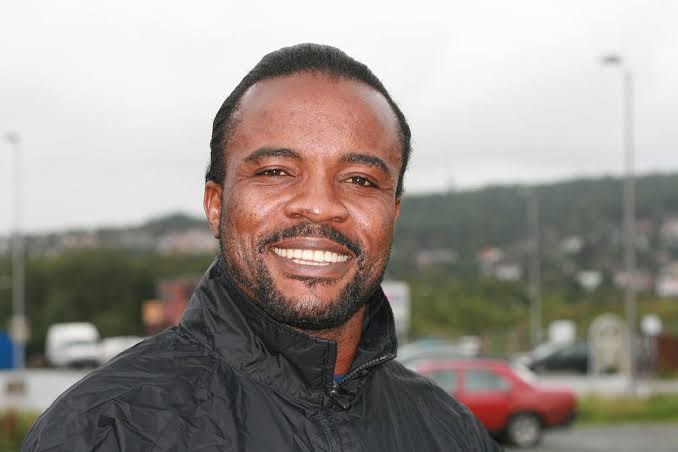 Former International Peter Ijeh has revealed that he mentored Swedish International Zlatan Ibrahimovic in the game, while he was growing up.

Ijeh who spoke on the personality interview segment of the FCT Football Updates Whatsapp platform, said the Swedish international was 16 years old when he started putting him through on the various ways of achieving the ultimate in the game.

According to him, “he was 16 years old then and always says he wanna be like me, play like me. I mentored him.
That’s why he wrote about me in his book “ I’m Zlatan”. He is a great guy, and humble person”.

Zlatan Ibrahimović who was born on 3 October 1981 plays as a striker for Serie A club AC Milan and the Sweden national team. He is widely regarded as one of the greatest strikers of all time, and is one of the most decorated active footballers in the world. He has won 31 trophies in his career. Ibrahimović has scored over 570 career goals, including more than 500 club goals and has scored in each of the last four decades.He is the only active player in Europe’s top five leagues to have scored in 23 consecutive seasons.

He played alongside Peter Ijeh in Malmo in Sweden, a team Peter joined after emerging as the highest goal scorer in the Nigerian league with Julius Berger of Lagos in the 2019/2000 football season.

Peter joined the Swedish club Malmö FF in 2001. He was the top scorer in Allsvenskan in 2002 with 24 goals. In 2003, he suffered a leg injury that kept him out of most of the season, but he still managed to come back strongly and finished with 10 goals.

In late 2003, he transferred to IFK Göteborg on a free transfer in a highly controversial affair as the club’s big name signing for its 100th anniversary and Göteborg finished third.

On 19 June 2006, Ijeh moved to Viking FK in Norway on a 3 million Danish krone deal. He became an instant success, scoring 11 goals in 15 games to save the team from relegation.

Ijeh studied at Gothenburg University and the Swedish Football Federation (SvFF) and acquired a UEFA advanced licensed certificate. He is also a technical and tactical soccer coach.

Ijeh took over Assyriska BK in November 2013 as a head coach.