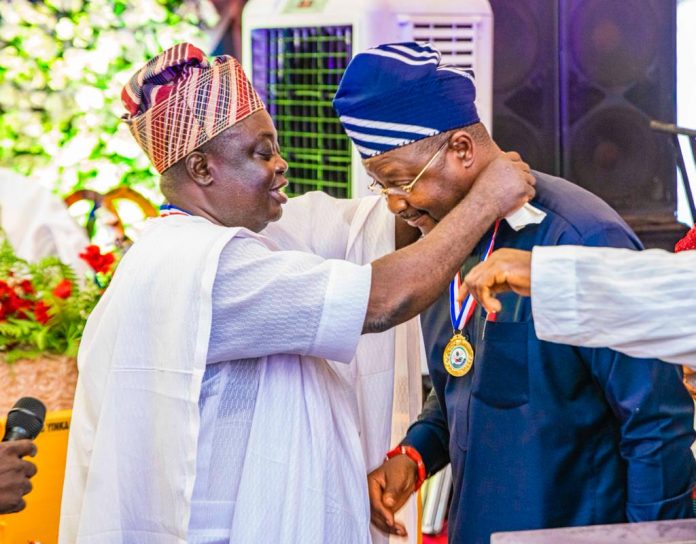 The announcement and conferment of the award was made by the President of the IRC, Mr Olu Makinde Oni during the club’s Maiden Merit Award Ceremony which held at the club house in Ibadan on Friday July 2, 2021.

The Minister who thanked the IRC. 1902 for the life membership and recognition expressed satisfaction at the club’s interest in sports.

The Minister announced the donation of a newly built Badminton court to the Ibadan recreation club.

Present at the event were Dr Olusola Ayandele, Chief Adebayo Adelabu, also a life member of the club among other dignitaries.