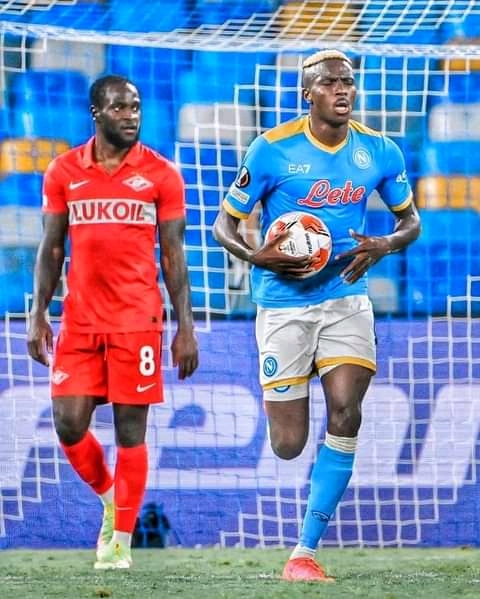 Victor Osimhen has described Odion Ighalo as a unique phenomenon who did well for the Super Eagles but he insisted that Ivorian legend, Didier Drogba has played a huge role in his career.

The Napoli striker replaced Ighalo in the Super Eagles, following the former Manchester United striker’s decision to retire from international football immediately after the 2019 African Cup of Nations.

Since stepping into Ighalo’s shoes, Osimhen has scored 7 goals in 14 international appearances for Nigeria.

In a chat with BBC Africa Sport, the Napoli forward said Ighalo did a lot for him and for the country but admits Drogba was an inspiration to him while growing up.

“My big brother and senior man Ighalo did well for Nigeria and even finished as top scorer at the last Nations Cup in Egypt,” said Osimhen.

“But I took Drogba as my role model while I was growing up and that has been the guiding light. I think watching him a lot and the kind of mentality he has in terms of football has really helped me a lot to get to where I am today.”