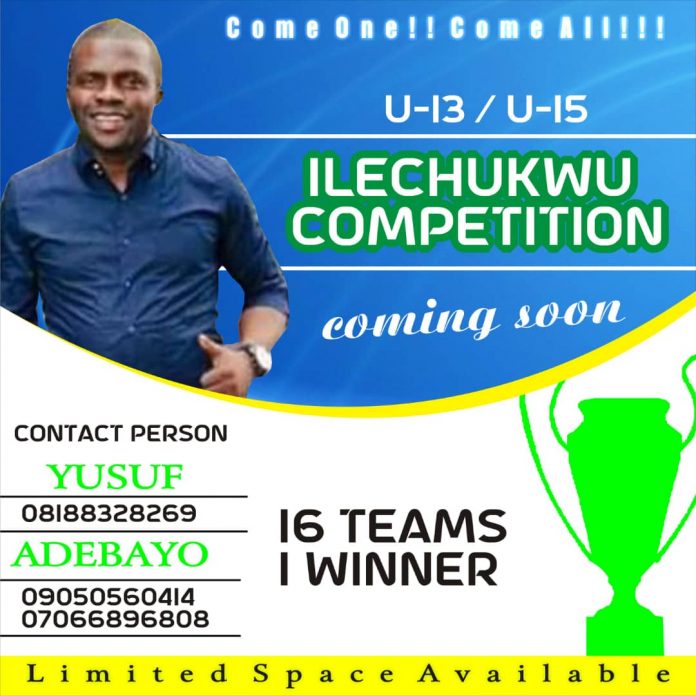 As the domestic football season in Nigeria nears its climax, the 3rd edition of the Ilechukwu U-13/U-15 grassroots tournament has been fixed to kick off on August 7 in Lagos.

The football tourney which is a pet project of former MFM FC now Heartland of Owerri Head Coach, Fidelis Ilechukwu is geared at giving Grassroot players the needed platform to showcase their skills.

Abete Playing Ground in Iwaya Yaba will host the three weeks grassroots football fiesta that will end on August 29.

“The tournament is my own little way of giving back to the youths. As an advocate for grassroots players, I believe they are the future of our football.

“So this platform which sees close to 1,000 players in action, would go a long way to exposing them as scouts of some league teams and agents affiliated to some European teams will be on the ground to catch a glimpse of these players as they showcase their skills.

“The achievements recorded with the talents scouted from the last two editions have made us think inwards, as we now have a category for the U-15,” Camara said.

The duo of Adebayo and Yusuf who head the Local Organizing Committee (LOC) of the tourney informed that plans were in top gear to ensure a hitch-free championship devoid of age cheats.

16 teams are expected to take part in both categories with the winners taking home a giant trophy, medals, and cash rewards.

Mighty Stars of Iwaya beat the other 15 teams in the U-13 category to take home the title last year in a thrilling finale.