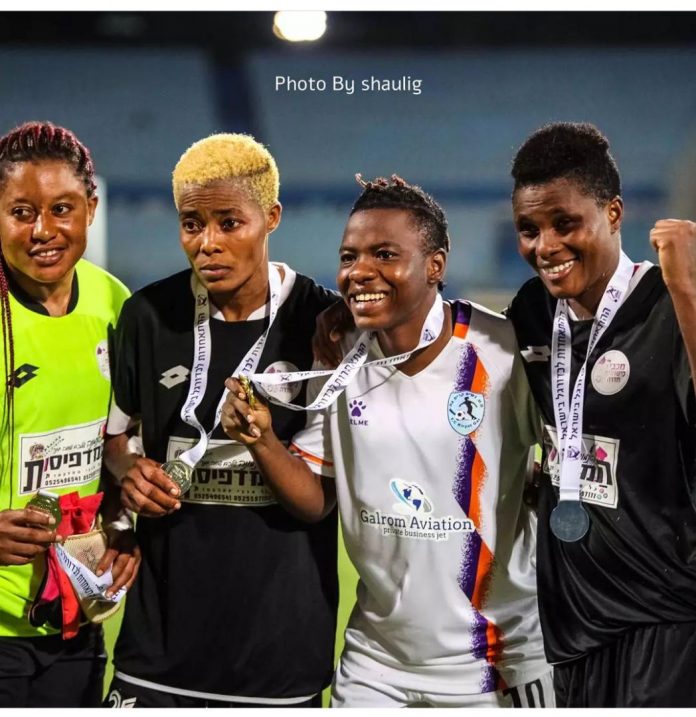 Kirayat Gat ran out 3-0 winners to lift the trophy.

Oluwakemi Famuditi was impressive in the heart of the defense and showed why Maccabi Kishronot fought off stiff competition to sign her.

She made her debut in the semi finals of the competition.

The former Falconets captain expressed her disappoinment after the match.

“I am not happy that we lost in the final, we gave our all but it wasn’t enough.”

“We shall bounce back in our subsequent games”.

Kemi also revealed that she is settling down well at the club.

“I am settling down really fast, my teammates have really helped me a lot and the reception at the club is commendable.”

Kemi Famuditi played for the likes of Sunshine Queens, Confluence Queens and Bayelsa Queens in the Nigeria Women’s Football League (NWFL) before leaving for greener pastures in Israel.