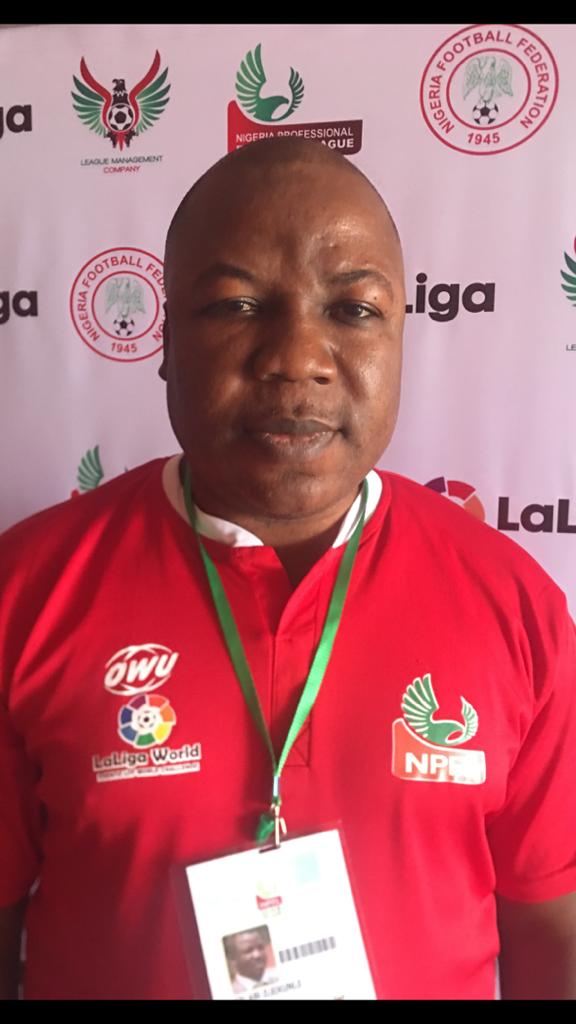 Following the club’s demotion to the lower League from the NNL, Kogi United Management decided to work with new coaching crew with the mandate of them gaining promotion to the topflight.

And out of more than 7 big coaches interested in handling Kogi United, Folabi Ojekunle popularly known as Coach Foley was anointed by the management and also the government.

They were convinced that Foley has the pedigree to help Kogi United in the coming season considering the experiences he has gathered so far in Nigeria and Europe.

Despite also being a target for some clubs in the NPFL as assistant coach, Foley decided to pitch his tent with Kogi United claiming that he is comfortable with the approach by the eggheads in Lokoja.

Folabi is not a new man to football in Nigerian lower divisions as he has worked with some clubs years back before moving to Europe.

Foley in his quest to gain more coaching knowledge moved to the United Kingdom in 2011 where he landed at Premier League side Tottenham as IT Coach from 2011-2012.

The 46-year-old also had stint at Northern Ireland with Aquinas FC from 2012 to 2015 before returning to Nigeria.

Upon his return, Folabi was appointed as ABS coach and worked with the Saraki Boys until 2018 before he decided to return to Tottenham on a Scouting capacity for 12 months.

“I want to thank the management and Kogi state Government for considering me as new coach of the team and I want to promise that I won’t disappoint.

“I equally want to solicit for the support of all people of Kogi state and also the Sports reporters in Nigeria because with you all on our side, we will surely succeed.

In the club’s history, they have never played in the top division (NPFL), but the management and Government are this time around positive that they would do so under their new coach Folabi Ojekunle.